Jacqueline Humphries methodically layers, scrapes, smears and paints on canvases to create works that simultaneously pull in and push away viewers. Since the 1980s, the artist's work has focused on reduction, gesture and form. Humphries strives to give her works the illusion of being alive, and her unique style suggests new horizons in the medium of abstract painting. 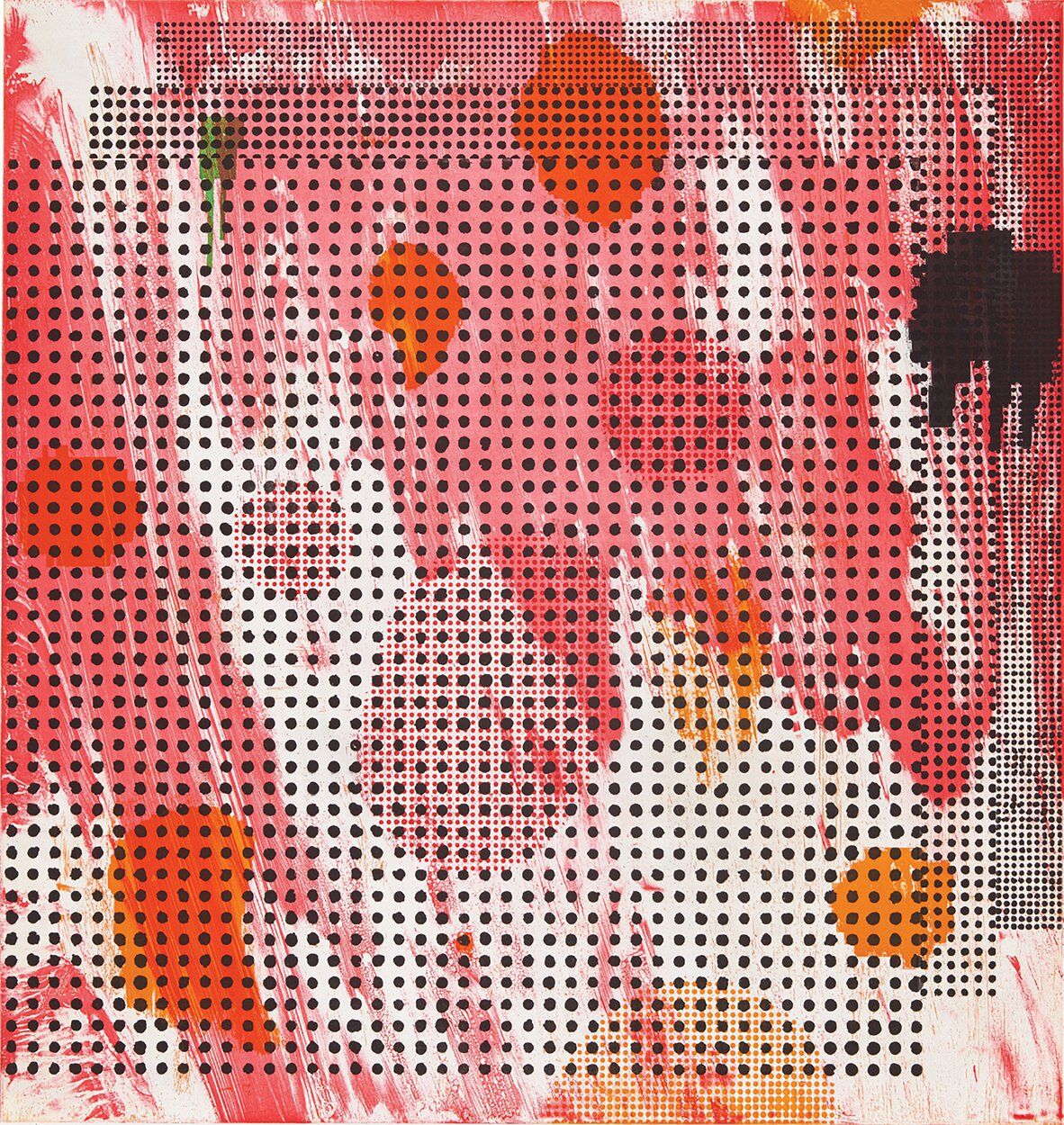 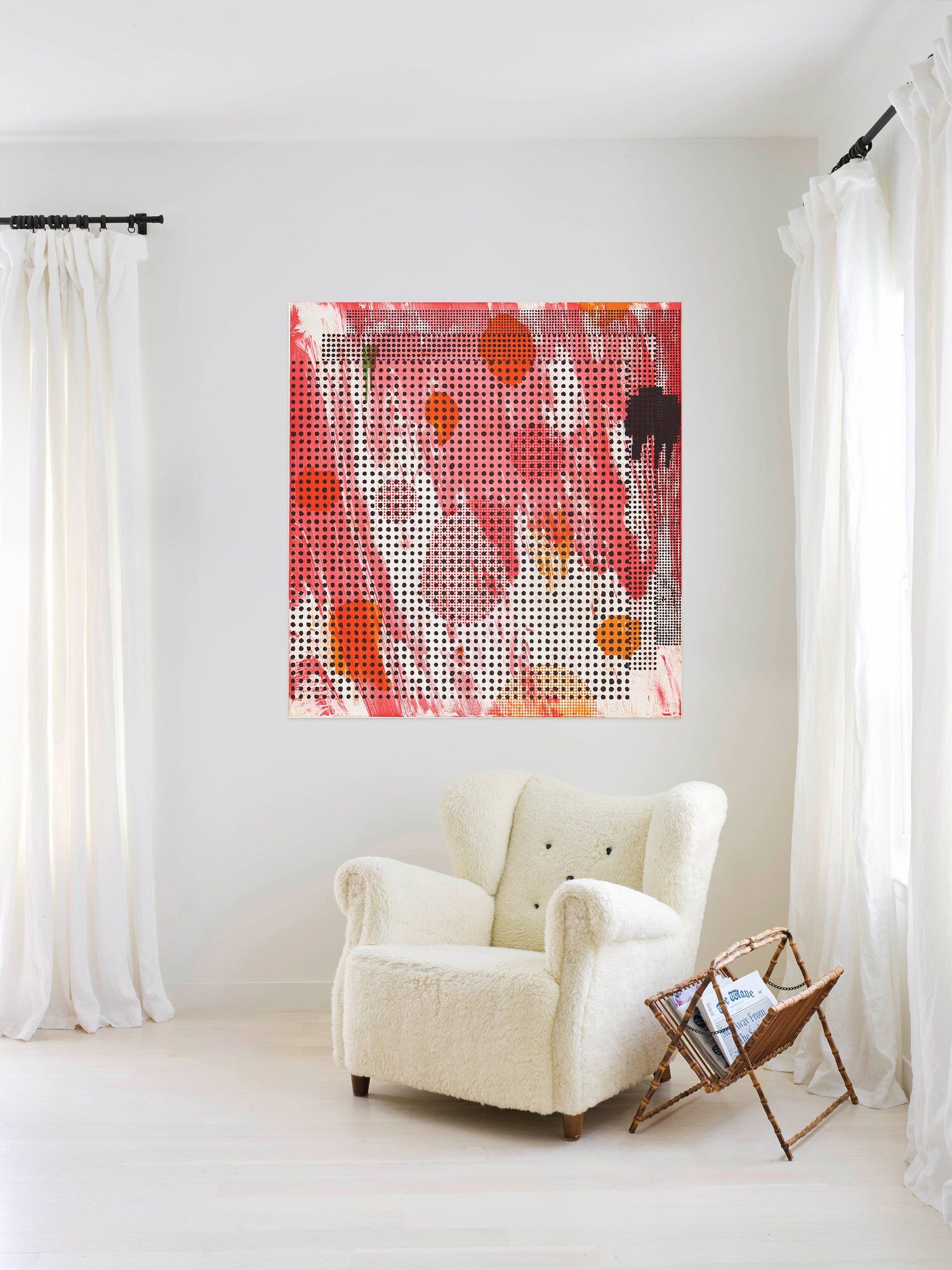 Humphries’s work is in the permanent collections of MoMA in New York City; the Smithsonian Institution in Washington, D.C.; the San Francisco Museum of Modern Art in California; the Tate Modern in London, UK; and the Coleccao Berardo in Lisbon, Portugal. The artist participated in the 2014 Whitney Biennial at the Whitney Museum of American Art in New York City.

In 2014, Humphries began using a large stencil machine to create a new body of work. The artist incorporated custom-made stencils of dots, emoticons and other images into her painting process of successive layering and removing. “It’s an exciting new direction combining more of a machined aesthetic with gestural markings to create layered planes of gridded forms,” said Amanda Donnan, assistant curator at the Carnegie Museum of Art in Pittsburgh, Pennsylvania. In 2015, the Carnegie Museum presented Humphries’s new work in a solo show. Humphries continued building on this vocabulary of stenciled grids and emoticons when the artist made ten etchings at Crown Point Press in San Francisco, California in 2016.