The Silence=Death Collective was formed in 1986 to raise awareness about the devastating impact of the AIDS crisis. Together, the group’s six members designed a poster that was rapidly wheat-pasted across New York City. The powerful graphic soon became a symbol of the fight against AIDS at protests around the world. 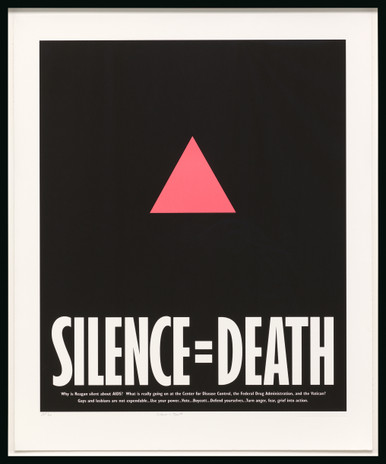 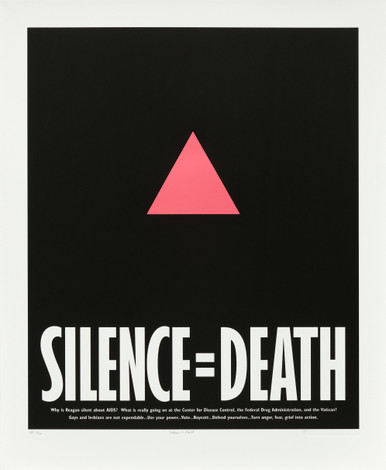 The Silence=Death collective was formed in 1986 by Avram Finkelstein, Brian Howard, Oliver Johnston (1952–1990), Charles Kreloff, Chris Lione and Jorge Soccarás. Though a means of mutual support, the collective was also an activist group looking to raise awareness about the AIDS epidemic that was devastating the LGBTQ+ community.

To draw attention to the dire health crisis, the group’s founding six members created a powerful graphic. The stark design reclaimed the pink triangle worn by LGBTQ+ prisoners in Nazi concentration camps and placed it against a black background with the declaration ‘Silence=Death’ across the bottom. It was soon wheat-pasted across New York City and quickly became a symbol of queer resistance and pride worldwide. Decades later, the original Silence=Death design is being issued as a fine art print for the very first time.

It’s been 40 years since the CDC released its first report on AIDS, making now a poignant time for reflection on the disease’s very real human and politcal impact. Collective member Avram Finkelstein said, “I believe we’re uniquely poised to reexamine the many counternarratives that fall into the shadows of our cultural storytelling surrounding HIV/AIDS, particularly during this moment in our shared social history, when those of us who survived one pandemic are able to consider the meanings of our current one, in dialogue with an intergenerational cohort of artists, archivists, activists and historians.”