Female figures often feature prominently in tales and imagery from the past, but they were almost exclusively depicted through a male lens. In contemporary life, new generations of women creating art in their own image are confronting these representations, putting forth their own understanding of gender, sexuality, and society and their inner lives. 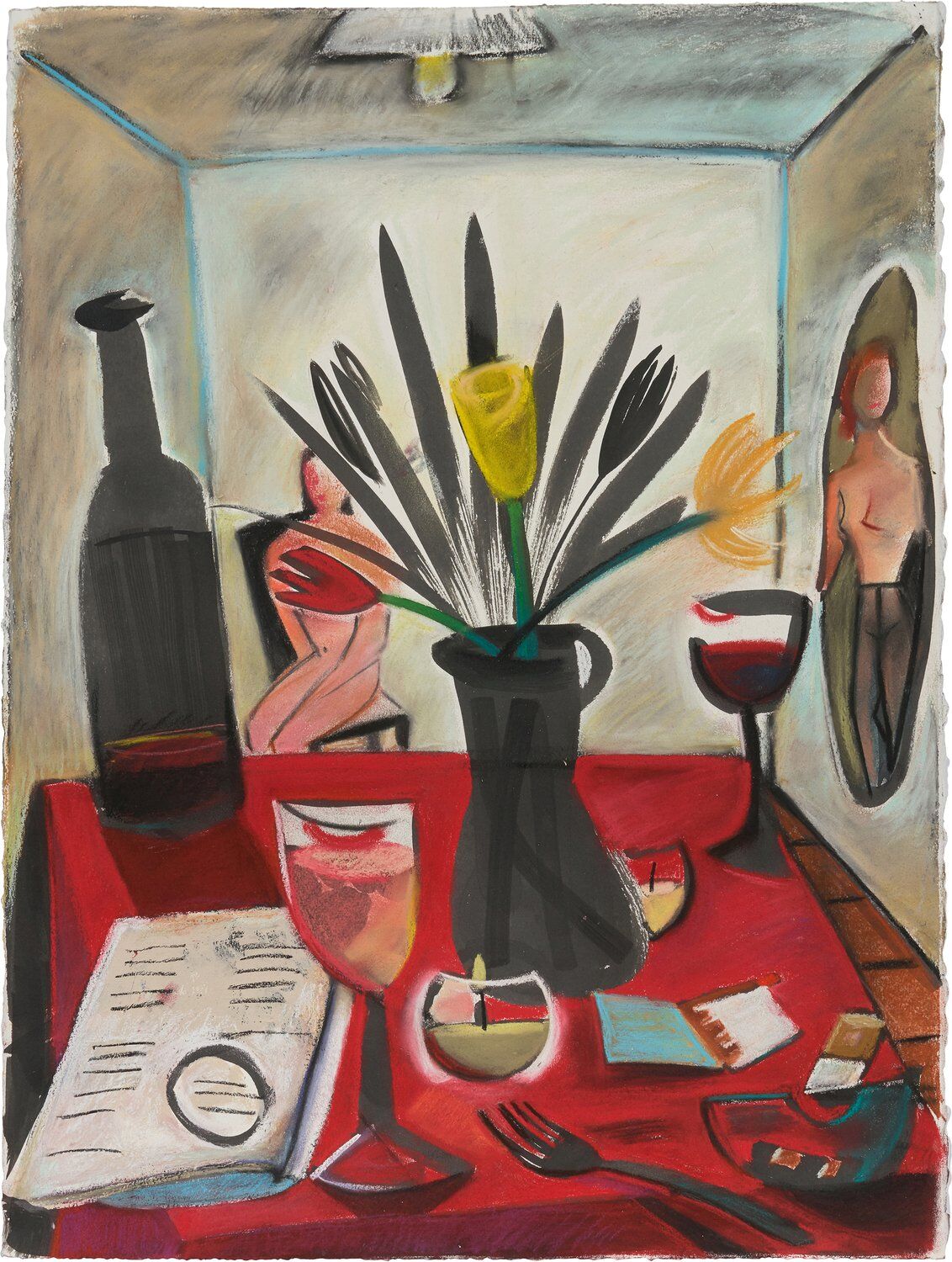 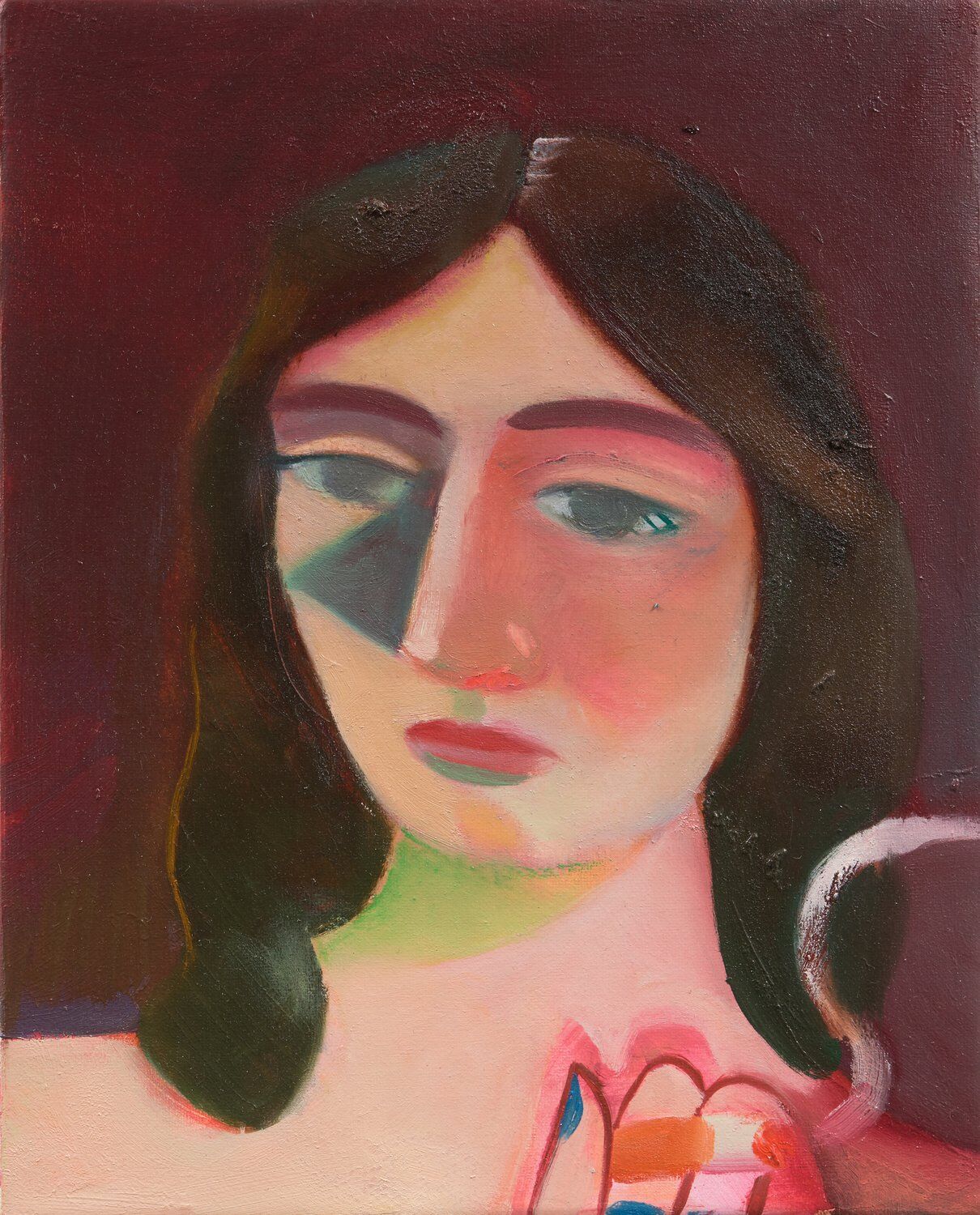 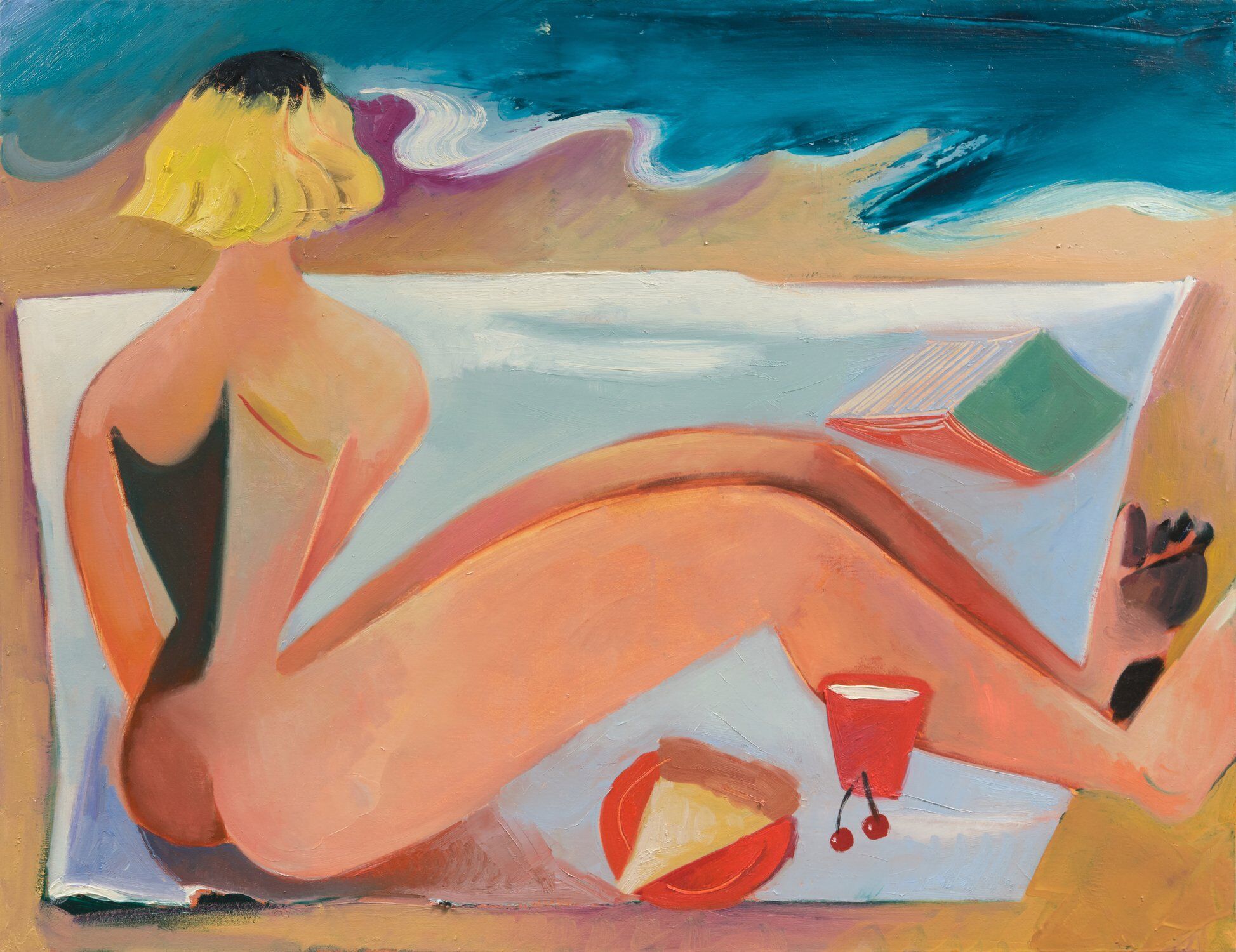 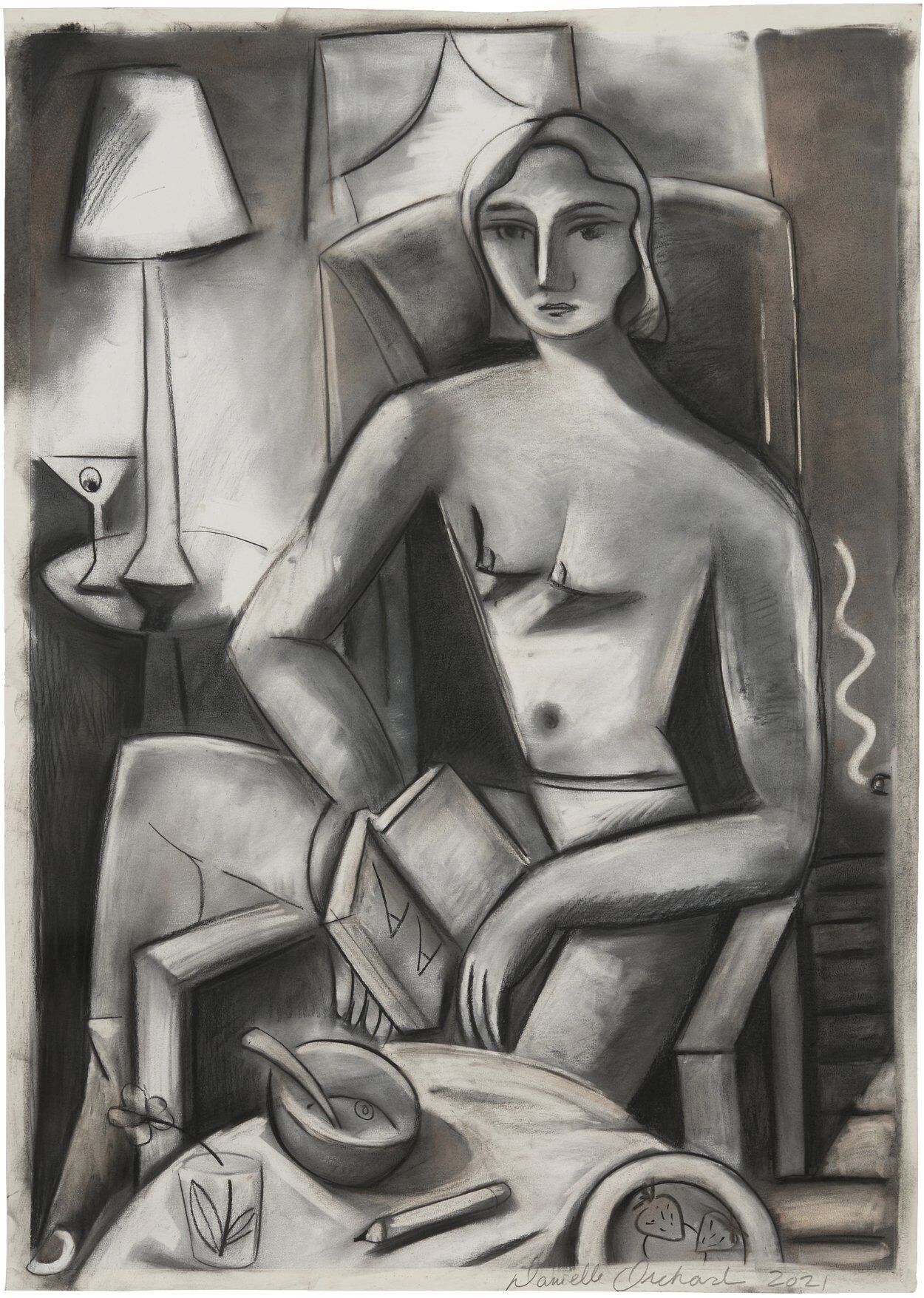 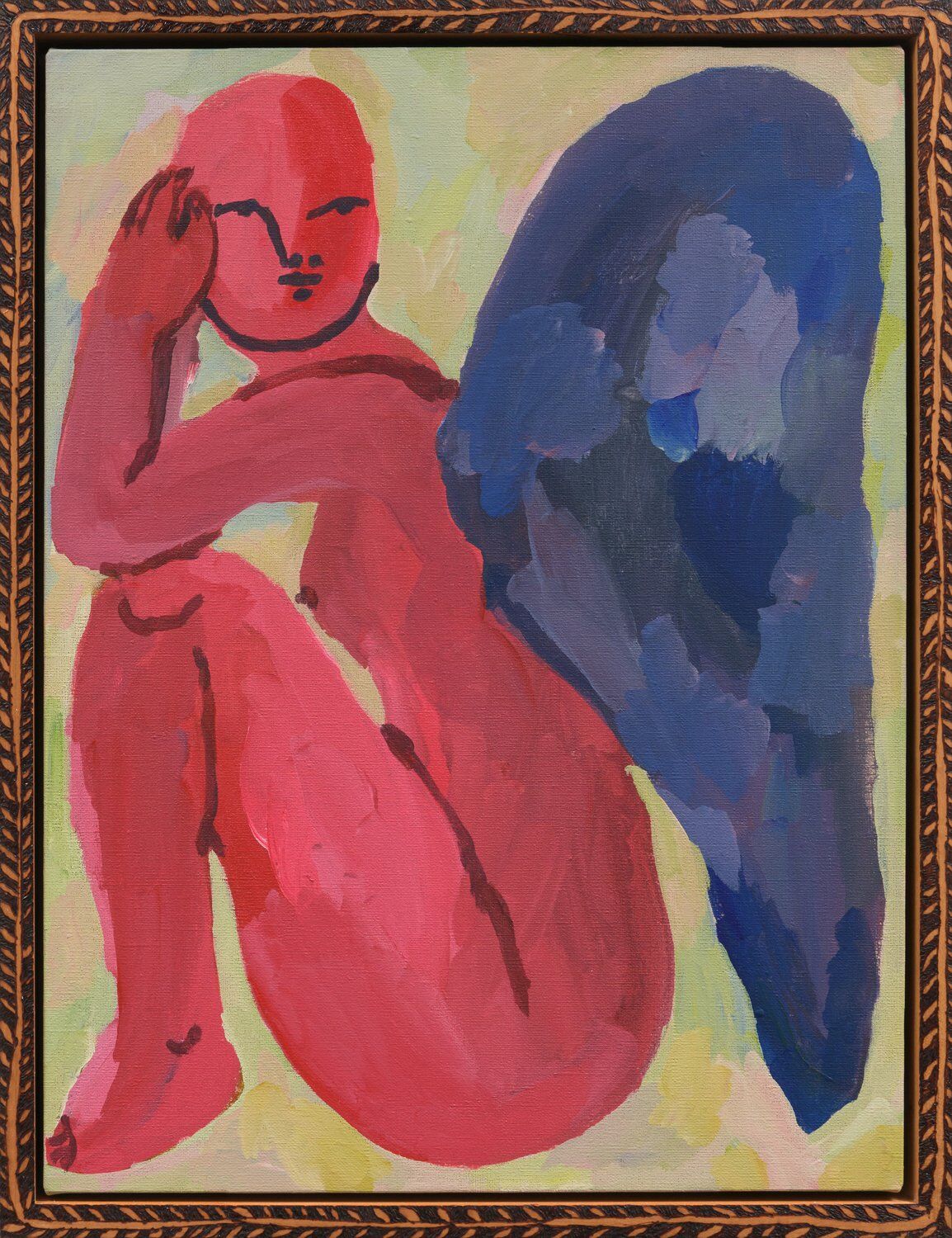 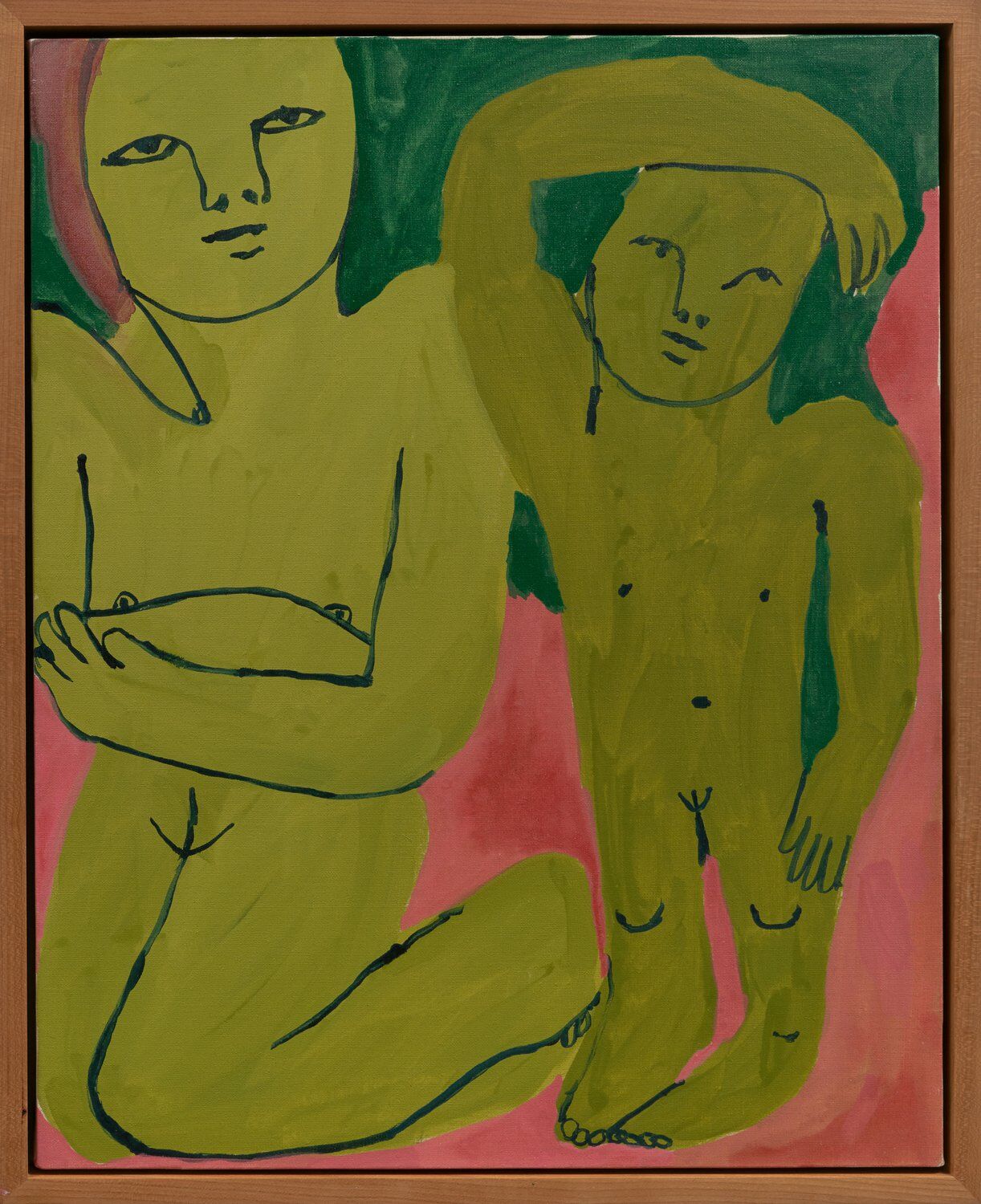 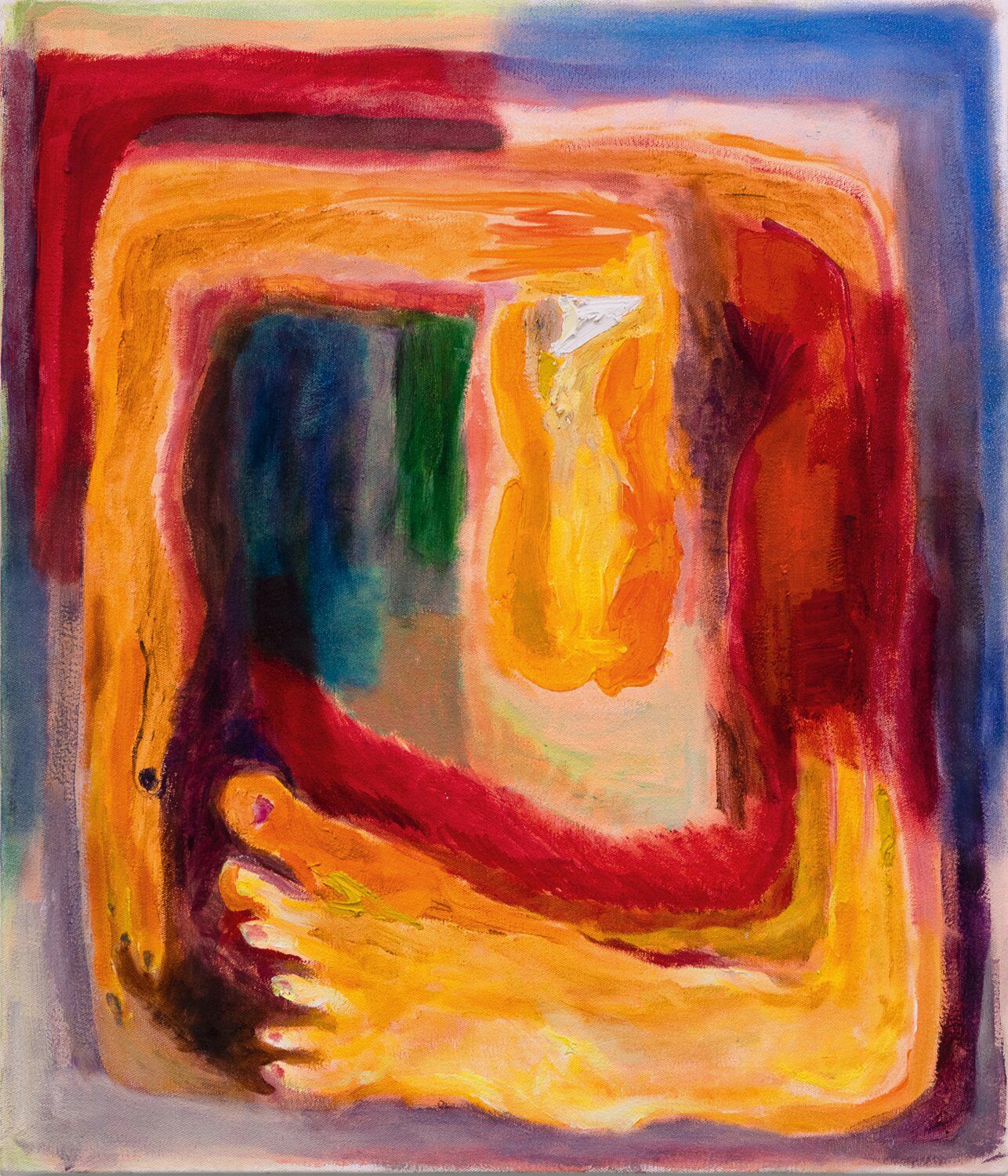 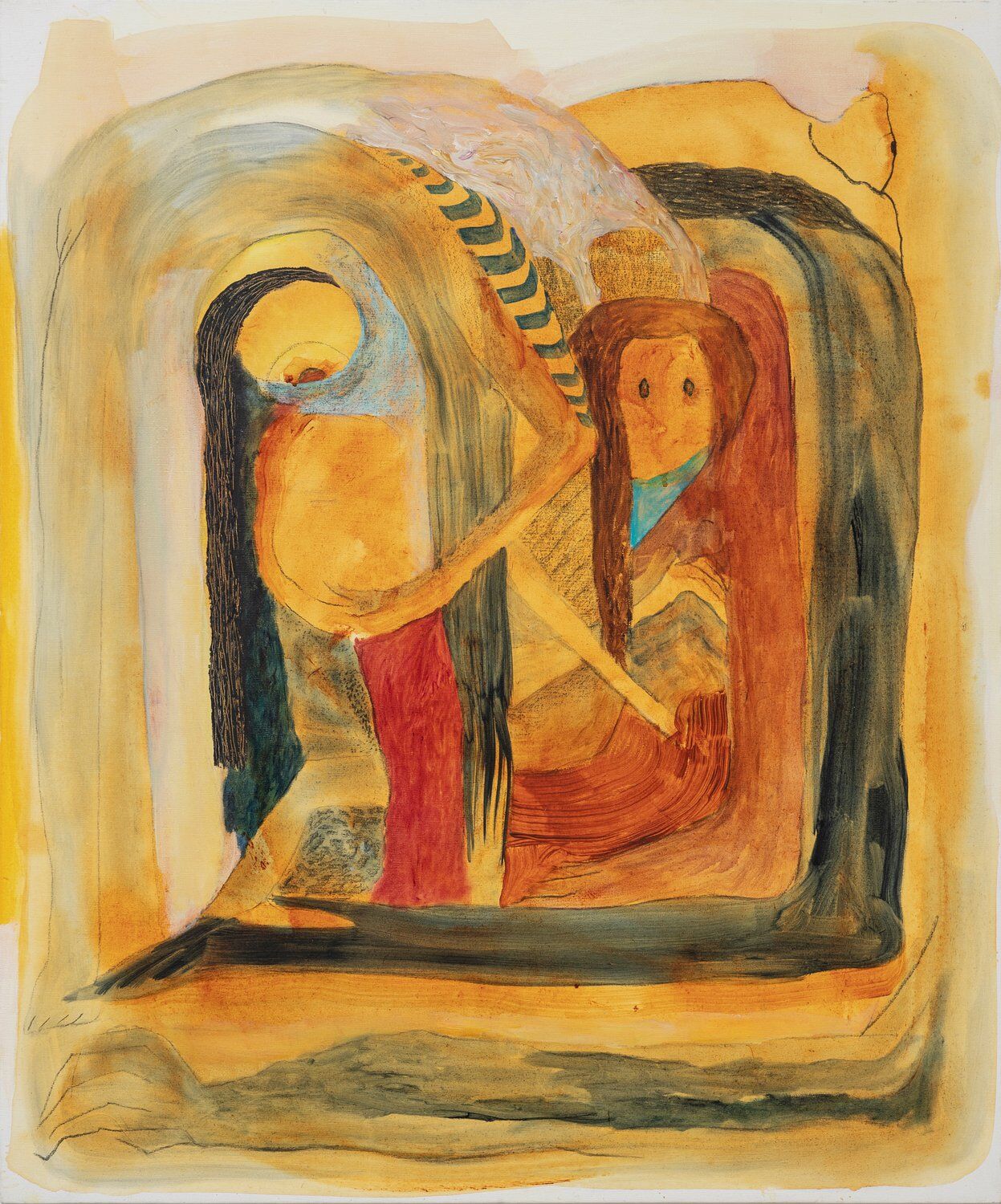 Lucìa Vidales
The Dead and The Living, 2021
Oil, acrylic and charcoal on canvas
$4500 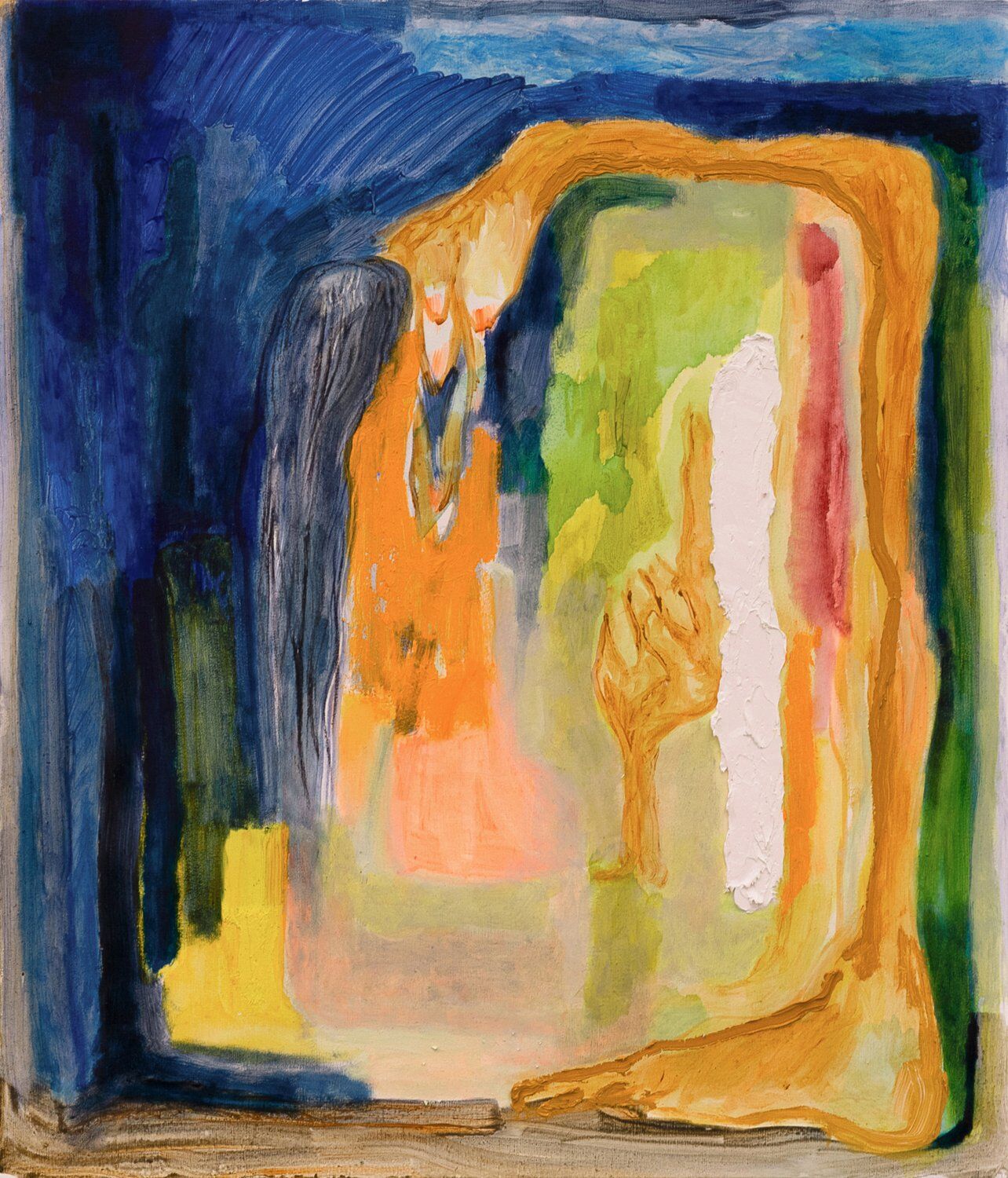 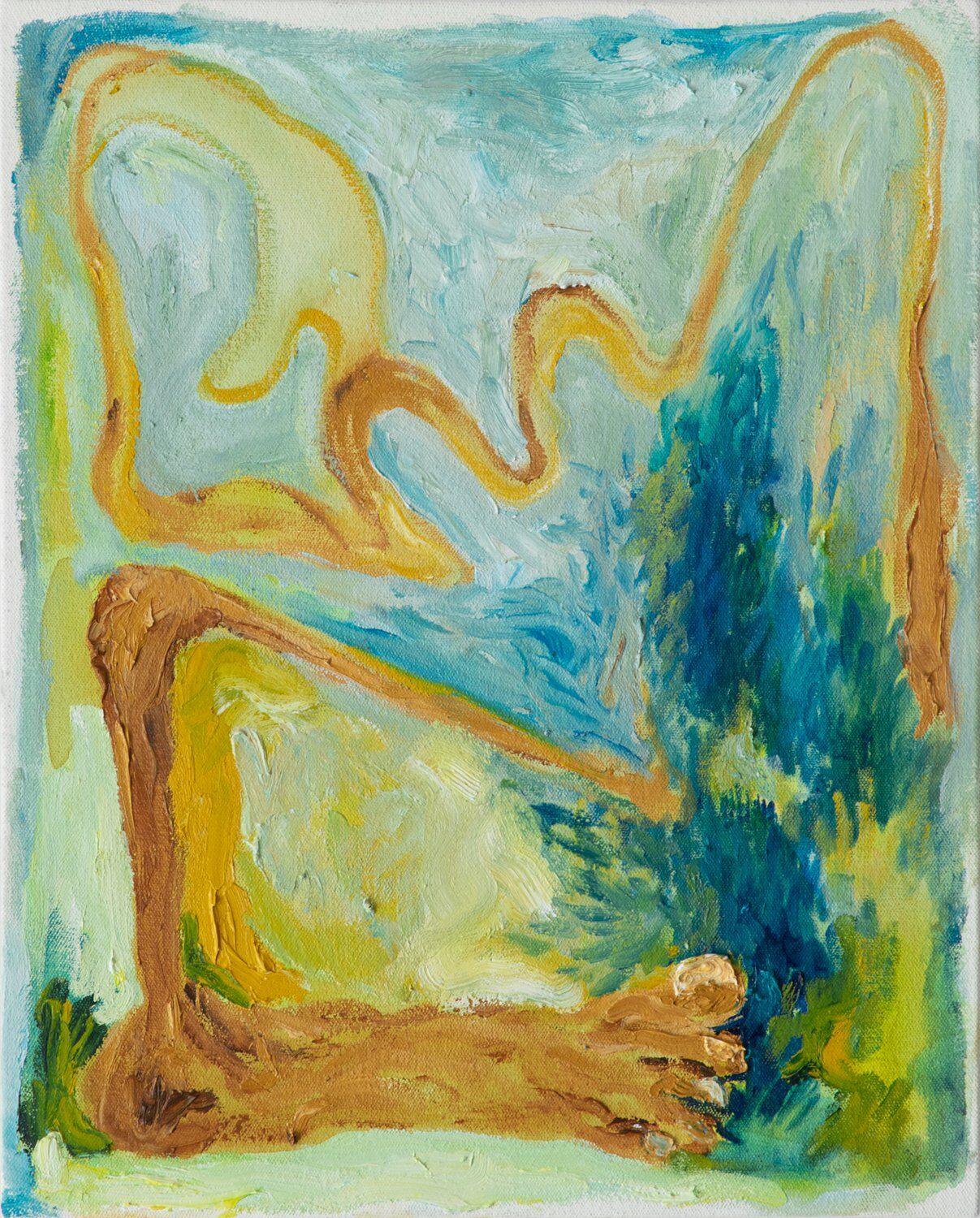 Instead of donning the formal garb of most historic female painters in self-portraits, Lee Krasner broke with convention and painted herself in 1930 wearing the utilitarian workwear she favored. Krasner blended this traditionally masculine uniform with a bright red lip that spoke to the beauty standards of the time and emphasized her femininity. On the other hand, Loïs Mailou Jones tackled tropes of the female nude (another pillar of art) and race in her 1977 work La Baker. Jones (who was Black) chose civil rights icon and legendary entertainer Josephine Baker as her subject, using a compositional scheme that seems to respond to Matisse's Dance. It centers on the Black female body, so often over-sexualized, and remolds its silhouette in the angular image of traditional African sculpture, alongside more fluid renderings. Danielle Orchard takes yet another approach, often applying the techniques of what are perceived as especially masculine art movements like cubism, to her own work, shifting how viewers interpret female subjects in the process.

Women themselves are driving the representation of the events, people, objects, and symbols that comprise their own experiences, enabling new connections with viewers – whether they're women or not.