David Korty’s paintings and drawings revolve around “ad hoc” mechanics: he freely combines materials and fragments so that they take on a life of their own. His roots in draughtsmanship and printmaking continuously lead his practice back to paper, where he pursues a combination of imaginary, personal and formal themes. 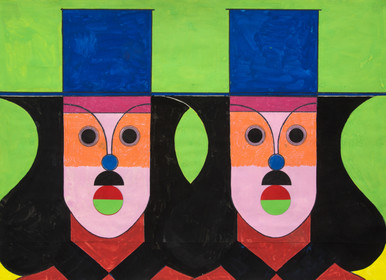 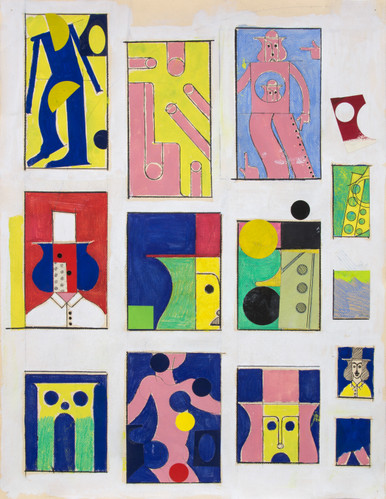 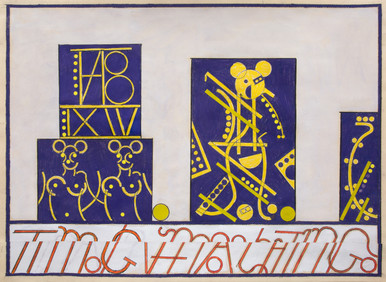 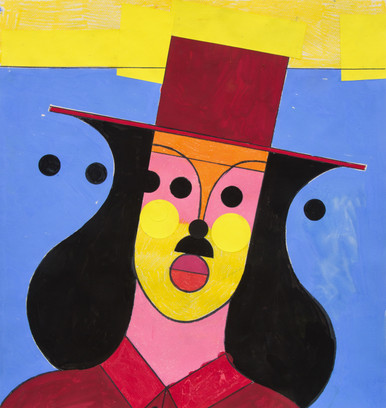 His work has been shown extensively in Los Angeles, including solo exhibitions at the Night Gallery, China Art Objects, Michael Kohn, and LAXART. His work has also been shown in New York at Derek Eller Gallery and Greene Naftali, as well as at Sadie Coles HQ in London.

Korty’s work has been acquired by the Hammer museum and their Grunwald Center for Graphic Arts in Los Angeles, the Judith Rothschild Foundation, and the Rubell Collection in Miami.

His work has been covered in Artforum, The New York Times, The Guardian, and Modern Painters, among other publications. Blues Shelves, a monograph of Korty’s work, was published by Sadie Coles and Night Gallery in 2016.