Emily Furr’s paintings seek to restore the feminine archetype and usher in a new yonic era. Her work disassembles patriarchal symbols to show the female aspect overcoming the phallocentrism of the current moment. Furr’s work also addresses the tensions in binary oppositions, such as male versus female, while exploring the potentialities and limitations of scale. 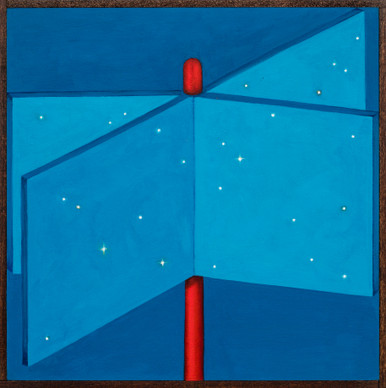 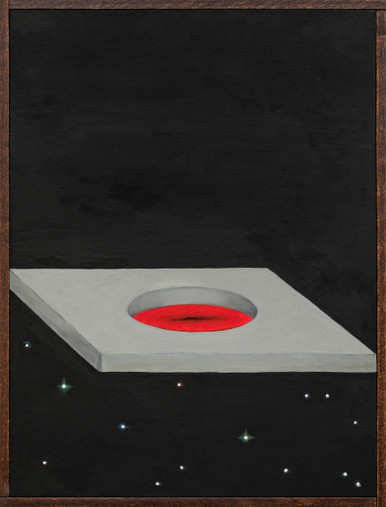 Emily Furr
Junk the Morgue, 2021
Oil and acrylic on board, wood frame 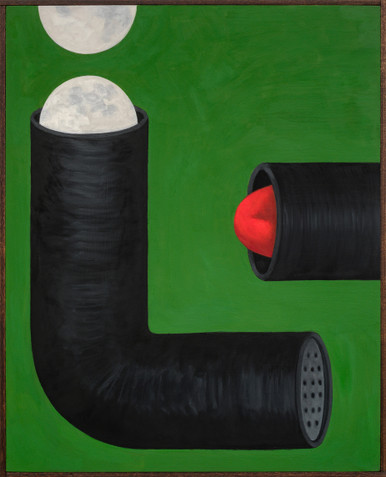 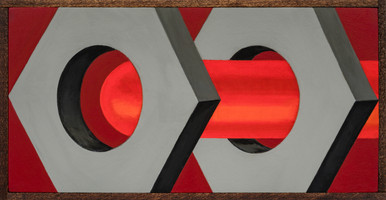 Emily Furr was born in 1978 in St. Louis, Missouri. She received her MFA in 2018 from Hunter College in New York.

Furr’s debut solo show at Sargent’s Daughters received reviews in ARTFORUM and Hyperallergic. In 2019, she was an artist in residence at the Watermill Center in Watermill, New York.

Her work has been exhibited at: 12.26 West in Los Angeles, California; 12.26 in Dallas, Texas; Rebecca Camacho Presents in San Francisco, California; Maria Bernheim Gallery in Zürich, Switzerland; and Achenbach Hagemeier in Berlin, Germany. Her work has also been featured on the cover of New American Paintings’ 25th Anniversary Edition. A solo exhibition of Furr’s work opened in 2021 at the SCAD Museum in Savannah, Georgia. The show was curated by Ariella Wolens, assistant curator of SCAD exhibitions.