Jane Dickson is a painter and photographer whose glowing depictions of America have captured global acclaim. An observer of street life, Dickson addresses ideas of social mobility and independence in her work. Her work is an important document of New York City’s creative history, connecting the downtown art and punk scenes to uptown graffiti and hip-hop subcultures. 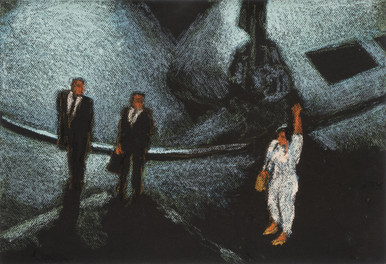 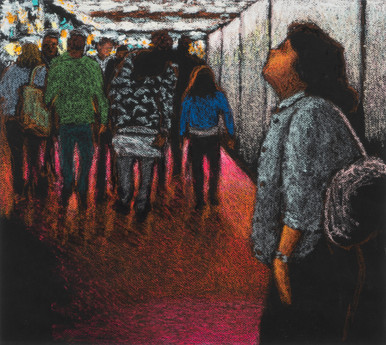 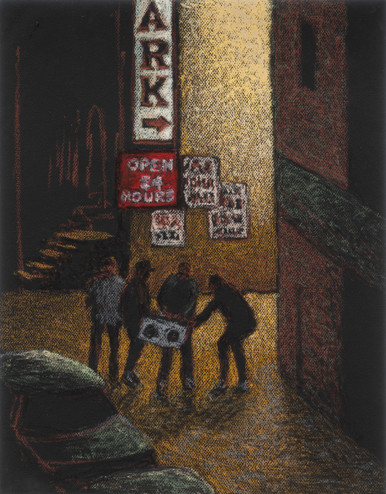 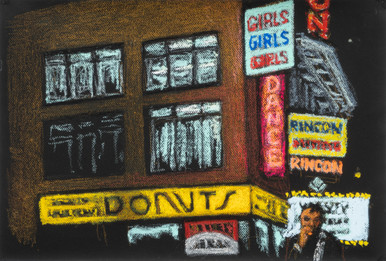 Jane Dickson was a programmer for the Spectacolor billboard at the end of the 1970s. During her tenure, she initiated the long-running Messages To the Public artists’ series for the Public Art Fund. The series culminated in inviting then-unknown friends such as Jenny Holzer, Keith Haring and David Hammons to make animated works.

While working with her husband Charlie Ahearn on the production of the seminal hip-hop film Wild Style, Dickson had solo exhibitions at FUN Gallery and in the South Bronx at Fashion Moda. She was an early member of the downtown collective Colab.

Dickson’s paintings and photographs have featured in many solo and group exhibitions since the 1980s, including: the 1985 Whitney Biennial; the Metropolitan Museum of Art (1991); Creative Time (1993); Jane Dickson: Paradise Alley, curated by Thelma Golden at the Whitney Museum (1996); and in the survey exhibition New York Underground: East Village in the 80s, presented at the Seoul Museum of Art in 2019.

Her work is in the collections of the National Portrait Gallery at the Smithsonian, the Museum of Modern Art, the Metropolitan Museum of Art, the Whitney Museum, the Brooklyn Museum, the Art Institute of Chicago, and the Victoria and Albert Museum, London, among others.

Her papers are in the Hip Hop Collection of Cornell University’ s library. Dickson’s work can also be found at the MTA Times Sq-42 St subway station, where she completed a mosaic in 2008. Jane Dickson in Times Square was published by Anthology Editions in 2018. In 2019, James Fuentes presented two solo exhibitions of Dickson’s work: All That Is Solid Melts Into Air, followed by Slot Club.