Edelman's paintings combine vivid borders with objects and figures that serve as tantalizing signifiers of complex narratives. The artist sometimes employs an omnipresent vantage point to create a dream space that floats between sensation, desire and memory. Jessie Edelman’s paintings place viewers both in the painting’s action and on the periphery of its framing—fully implicating onlookers in the dramatic possibilities of the composition. 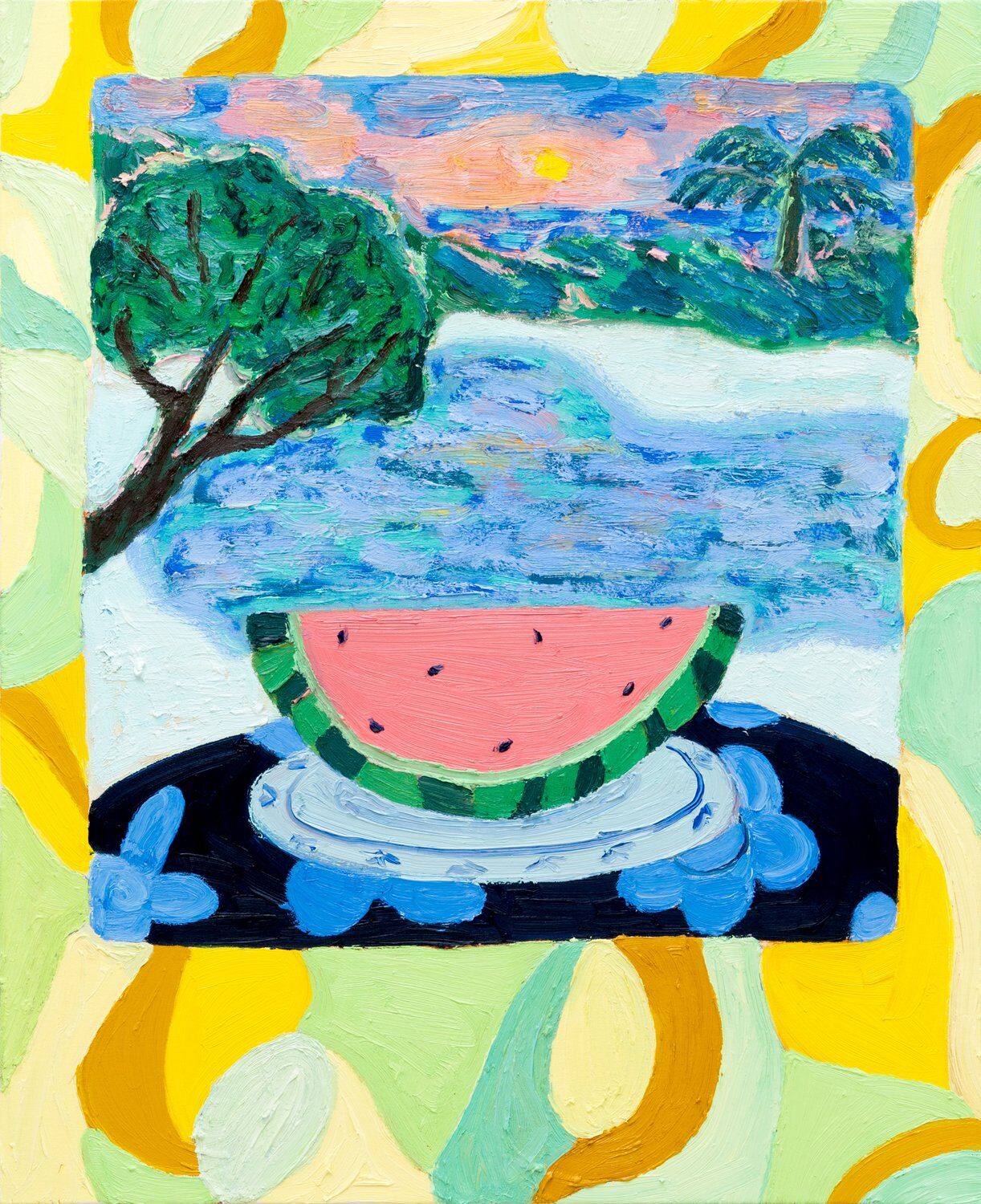 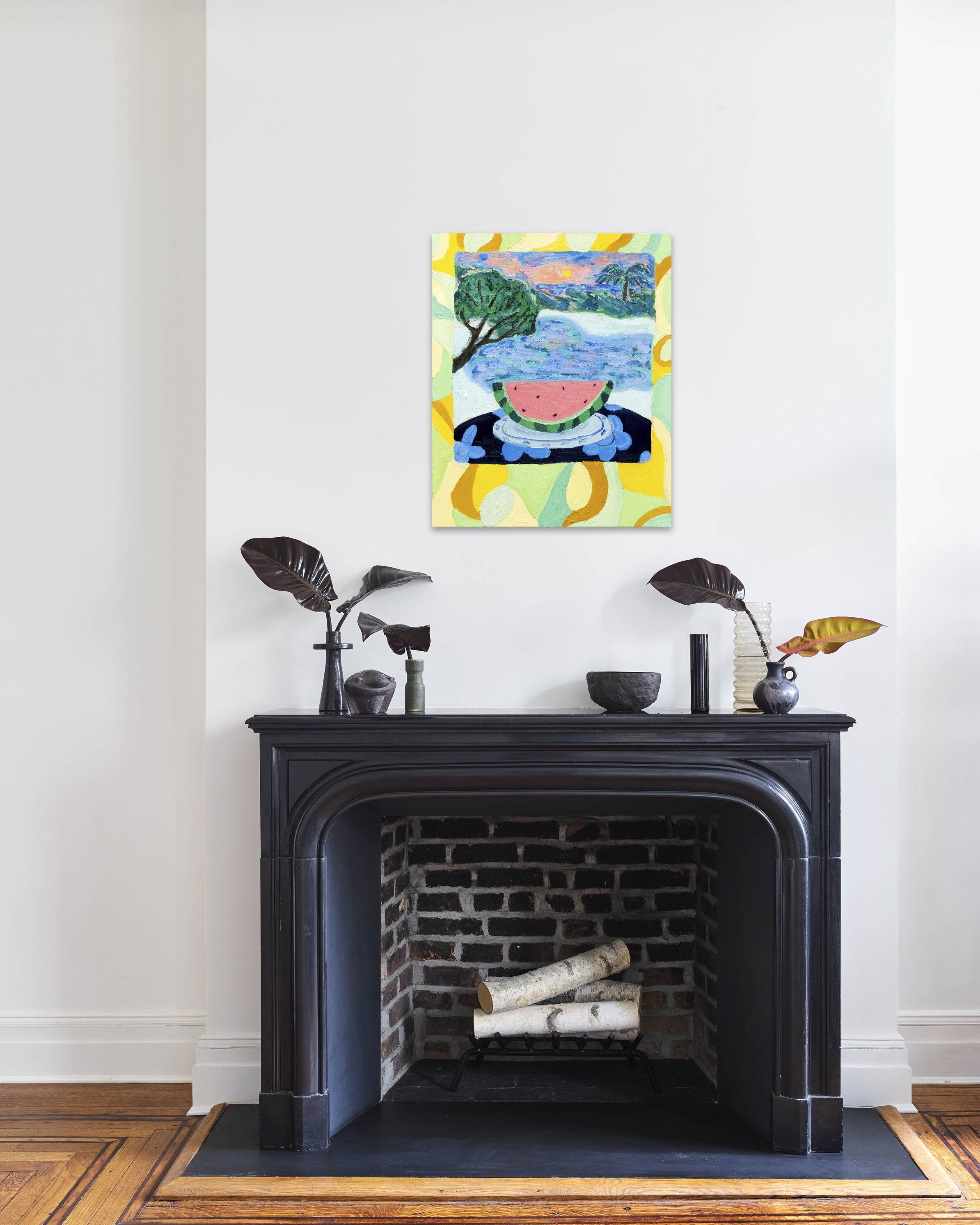 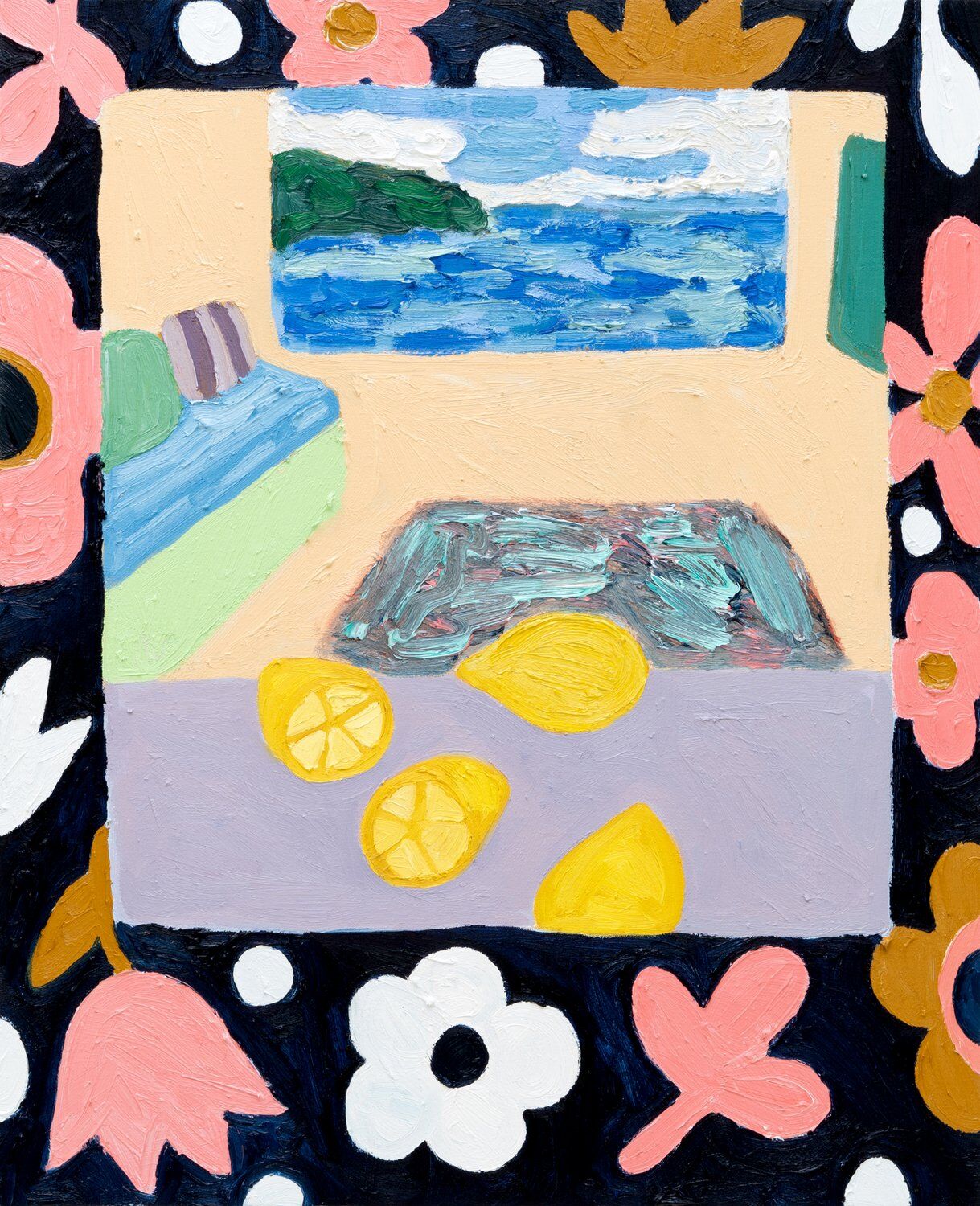 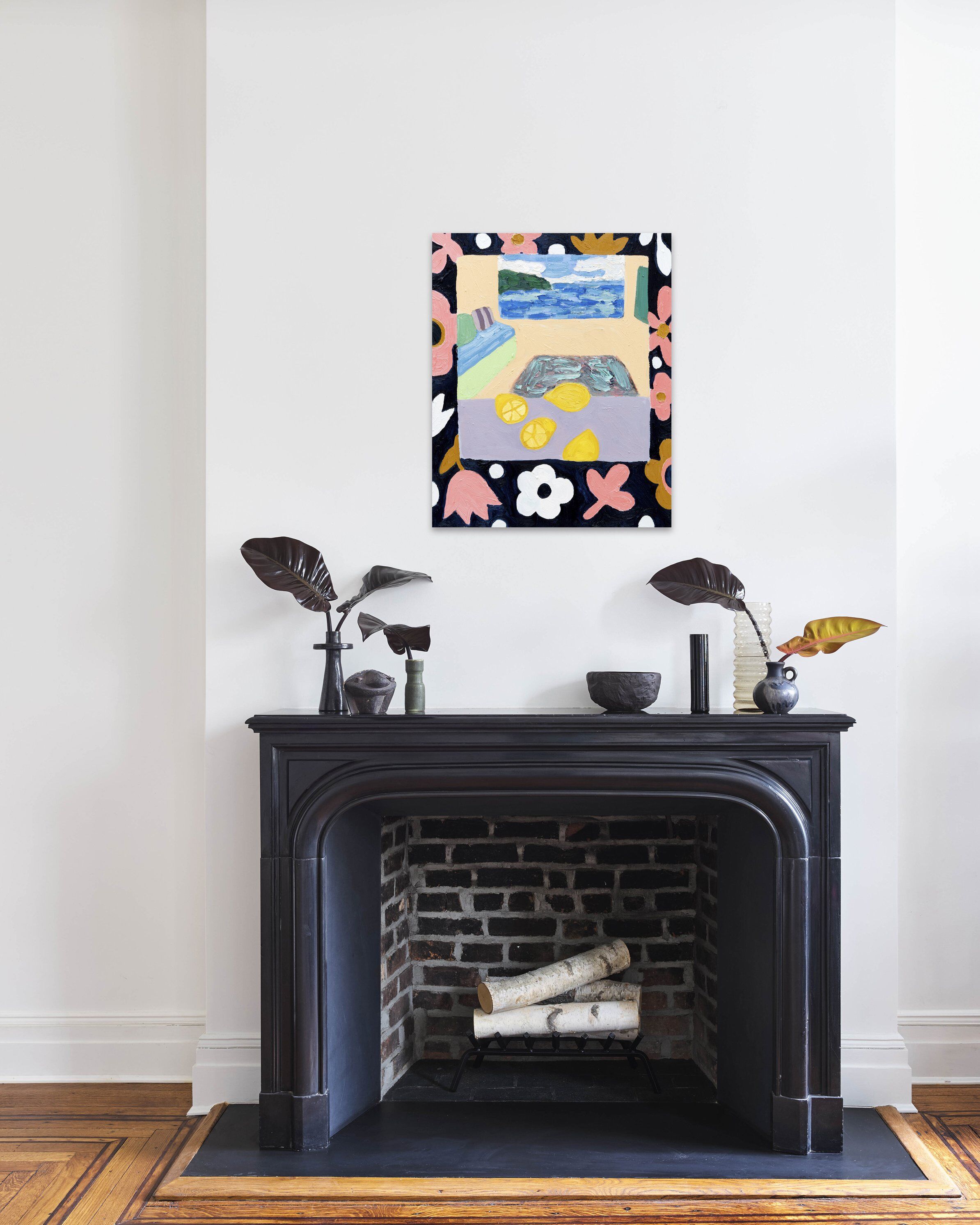 Jessie Edelman
Lemons With a View, 2021
Oil on canvas 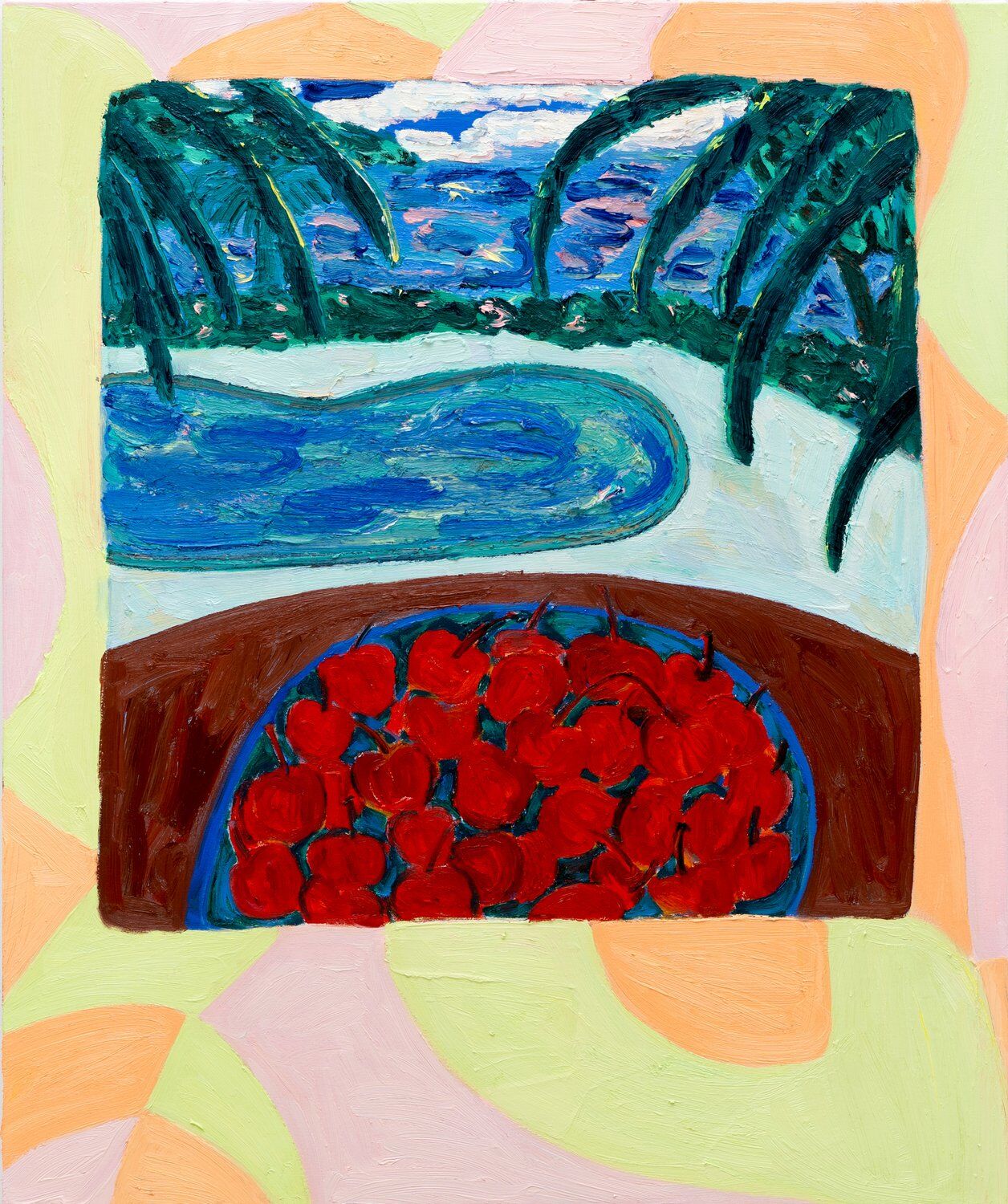 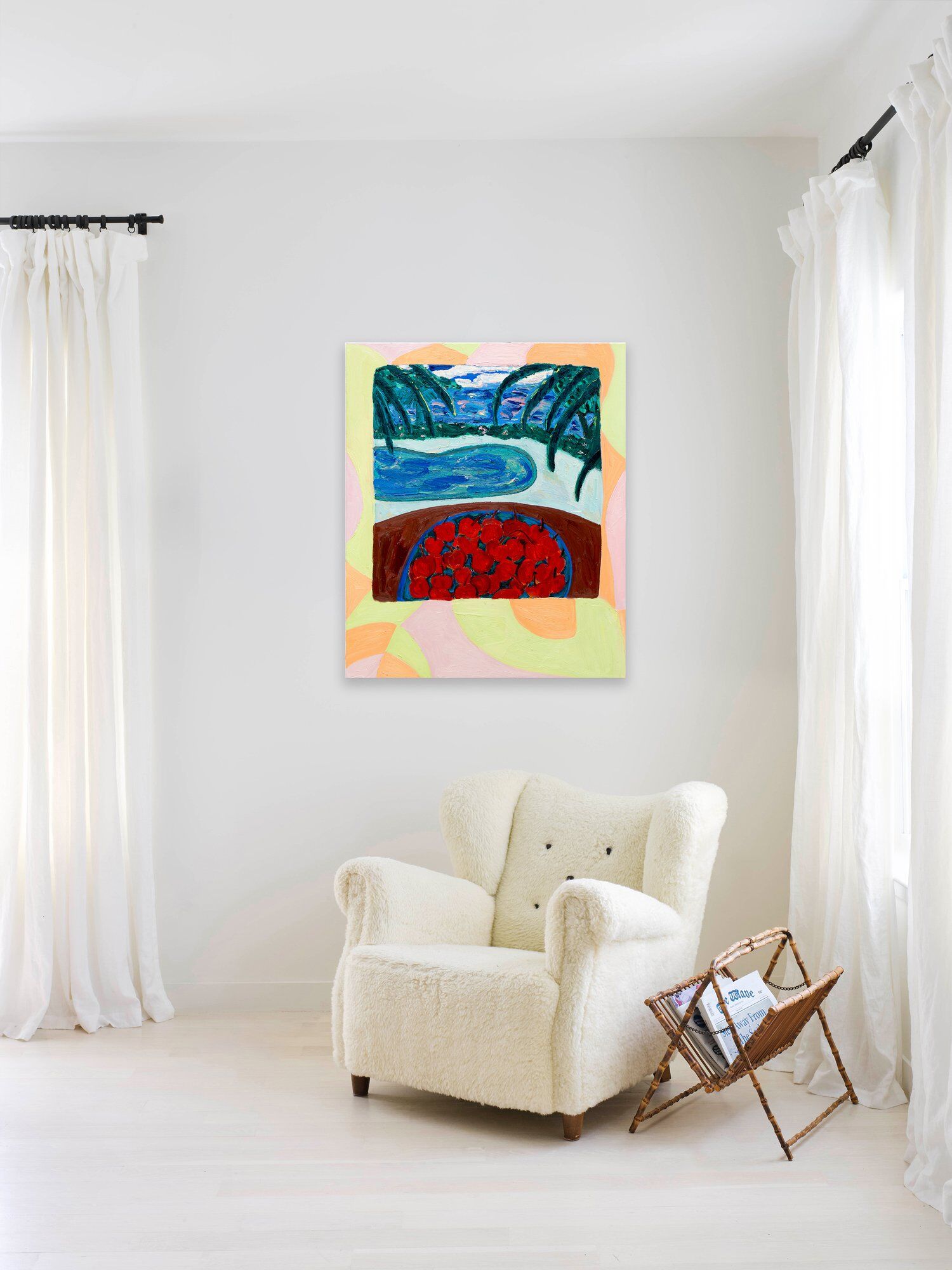 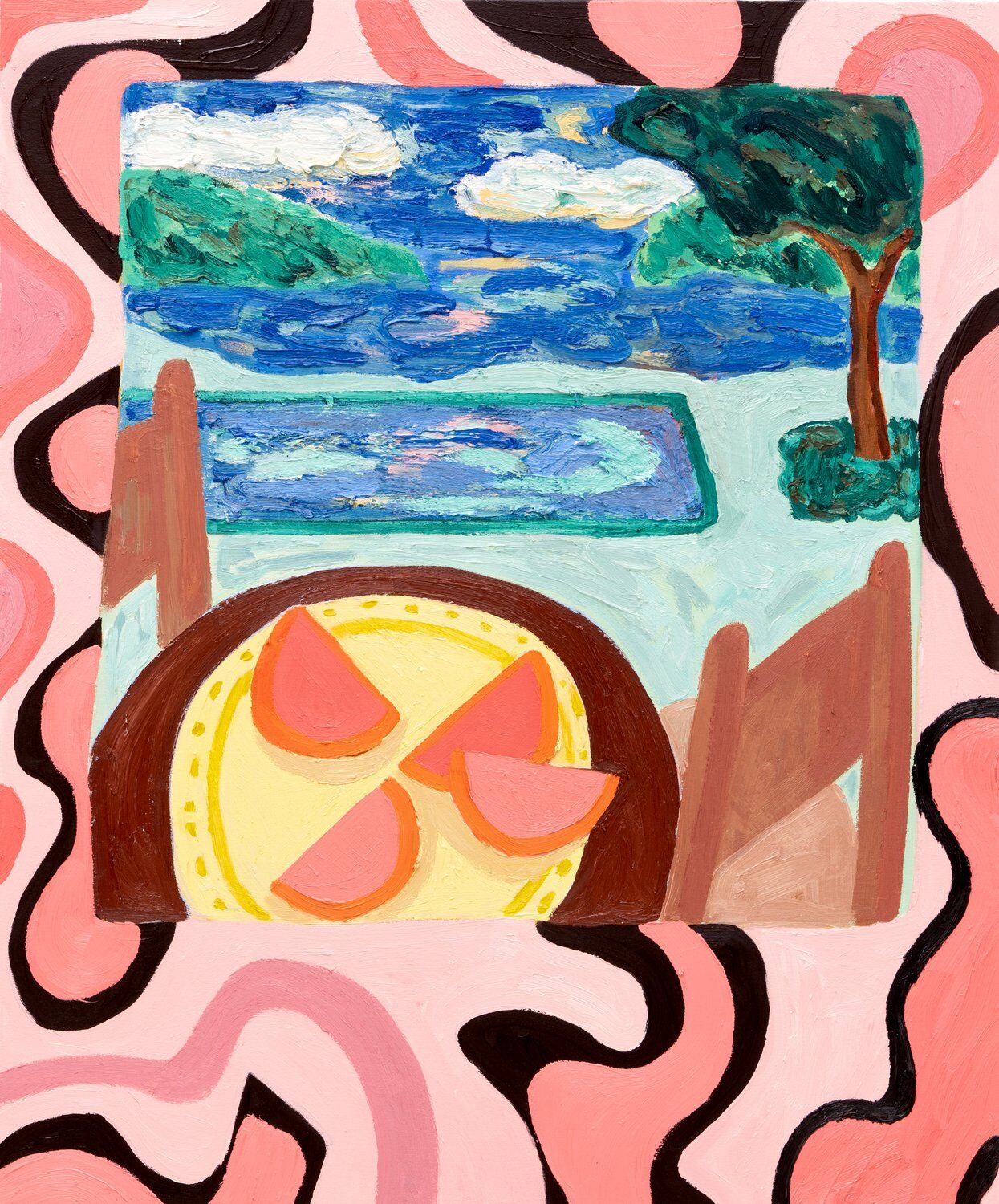 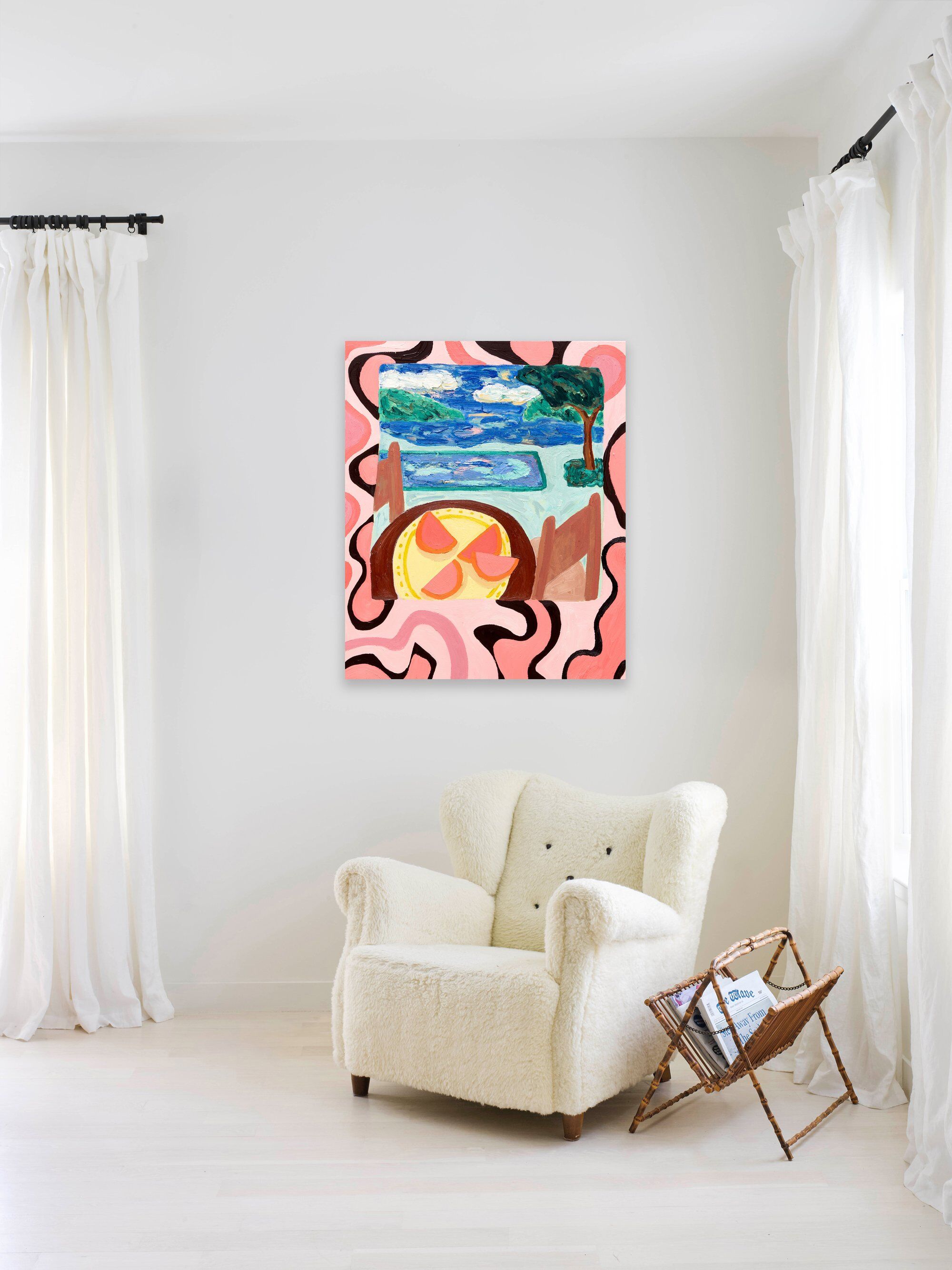 Jessie Edelman was born in the United States in 1986.

Edelman’s work has been exhibited at art fairs in Miami, Florida and San Francisco, California. The artist’s work has been featured in i-D, The Art Newspaper, Vice, Brooklyn Magazine, Artnet News, and Vogue.