Jibade-Khalil Huffman uses found archival material alongside contemporary ephemera to address slippage in memory and language, particularly when it comes to race and visibility. His installation work (often site-specific) uses video, projections, photographic light boxes and photo collages printed on layered transparencies and paper. Huffman works at the intersection of several disciplines, and he holds an MFA in both the literary arts and studio art. 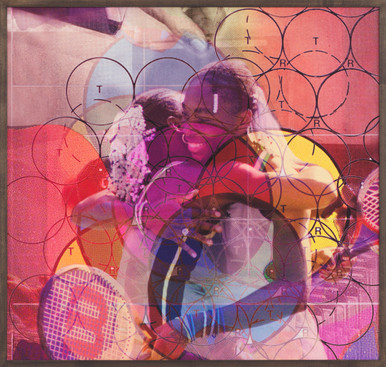 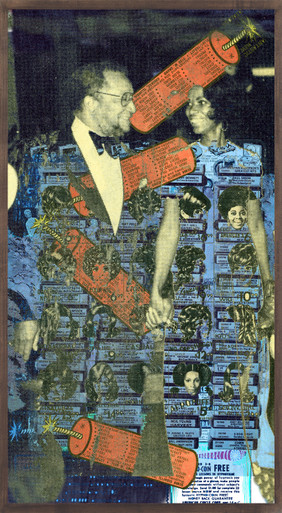 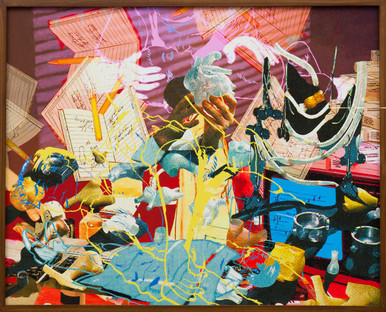 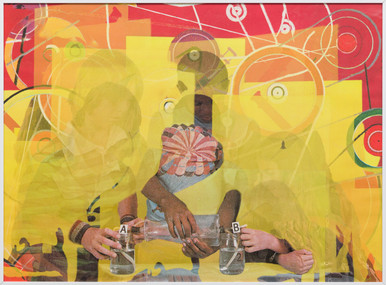 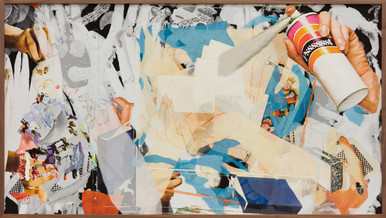 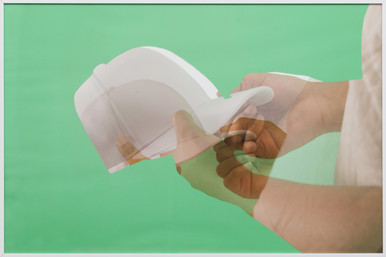 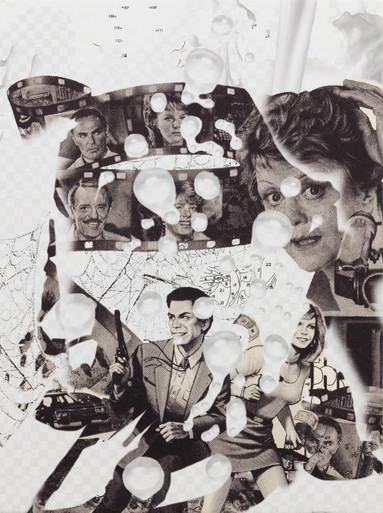 Jibade-Khalil Huffman was born in 1981 in Detroit, Michigan. He received a BA from Bard College, a MFA in literary arts from Brown University and an MFA in studio art from the University of Southern California.

A large portion of Huffman’s practice occurs at the intersection of writing, poetry, found media and common speech. His work often cuts, samples and shifts bits of video and excerpts of text into new formats. Central to his practice is the idea of erasure, especially of certain voices, people and ideas. Huffman builds up and removes layers of material in videos and two-dimensional collages made from an endless array of TV Guides, abstracted maps, classic television stills, icons of technology, charts, diagrams, staircases, tunnels, markers, arrows, annotations and advertisements. His finished collages often leave only stray and fleeting fragments of a phrase for his audience to parse.

Huffman’s awards include the Grolier Poetry Prize, the Jerome Foundation Travel Grant and fellowships from Bemis Center, the Lighthouse Works, Lower Manhattan Cultural Council and the Millay Colony for the Arts. Huffman is the author of Sleeper Hold (2015), James Brown Is Dead and Other Poems (2011), and 19 Names for Our Band (2008). Huffman was a 2015–2016 Artist in Residence at the Studio Museum.

“The artworks on Platform come from several bodies of work, inspired by a practice of research and archiving around subjects as disparate and connected as the media depiction of the Black body and the overload of media we consume.” — Jibade-Khalil Huffman

"I describe my work as writing - as a kind of text made up of actual text, performance and layers of collaged material - either constructed on set, in the studio, or found. Each project is a set of autonomous and related versions of articulating an investigation of a premise.” — Jibade-Khalil Huffman