Paul Heyer employs a lexicon of skeletons, blue apples and other natural elements to explore how imagination shapes our lived experience. He shows viewers new ways of seeing our world, while asking what kind of future we want to craft. Heyer’s hyper-saturated paintings recall symbolist and surrealist traditions, while embracing a queer perspective that challenges conventional boundaries.

Paul Heyer was born in 1982 in Olympia Fields, Illinois. He studied at Columbia University, earning his BA in 2004, followed by his MFA in 2009.

His work has been collected by the Museum of Contemporary Art in Chicago and the Brauer Museum of Art at Valparaiso University in Valparaiso, Indiana.

His work has been written about in Artforum, The New York Times and FlashArt.

"I wanted to make paintings that free the viewer from self-consciousness, one of the plagues of our time. So I dreamt up skeletons who are too in awe of the world to question themselves and blue apples so beautiful and strange that it’s like you’re seeing an apple for the first time.” — Paul Heyer 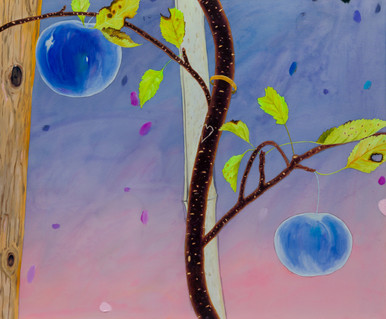 Paul Heyer
Carved Heart at the Orchard, 2021
Oil and acrylic on polyester 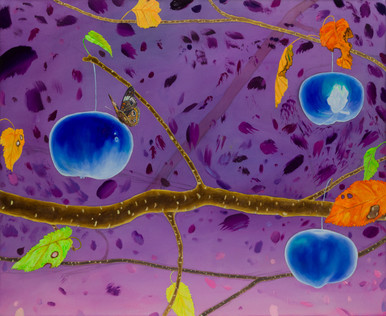 Paul Heyer
Apples with Butterfly, 2021
oil and acrylic on polyester 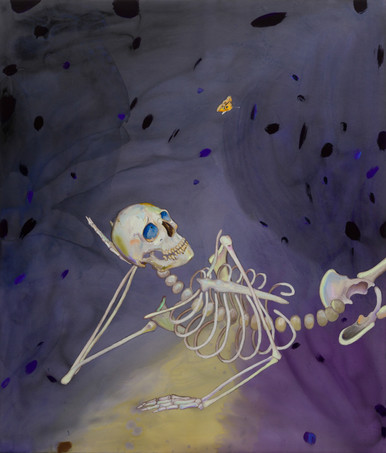 Paul Heyer
There They Go, 2021
Oil and acrylic on polyester 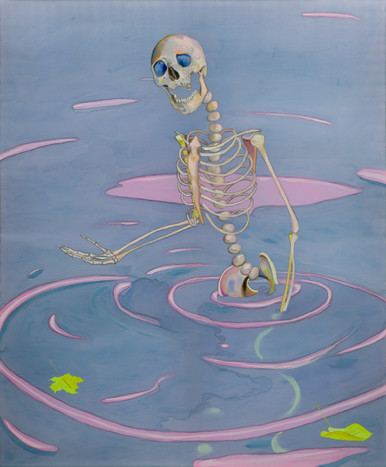 Paul Heyer
I Caught a Tiny Fish!, 2021
Oil and acrylic on polyester