Renée Green's work includes films, essays, installations, digital media, architecture and sound-related pieces. She investigates the gaps between what survives in public versus private memories, as well as what has been imagined and invented. Her art has been shown throughout the world at museums, biennales and festivals. 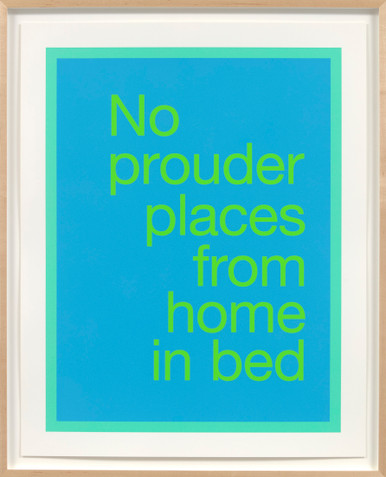 Renée Green
No prouder places from home in bed, 2020
Silkscreen on paper 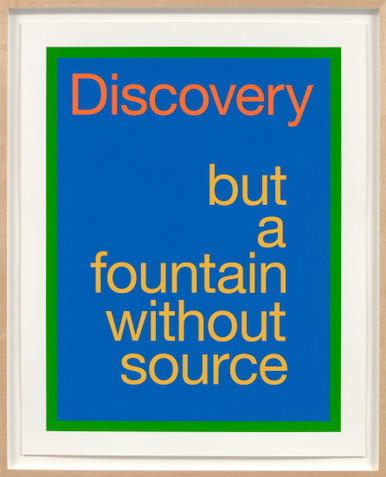 Renée Green
Discovery but a fountain without source, 2020
Silkscreen on paper 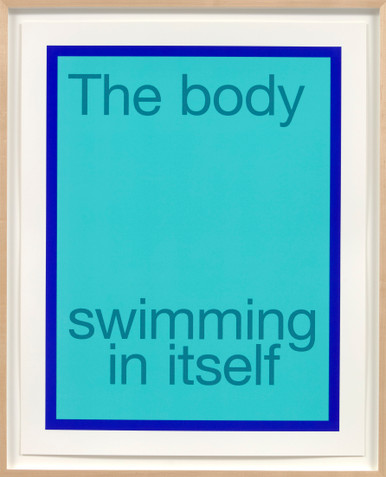 Renée Green
The body swimming in itself, 2020
Silkscreen on paper 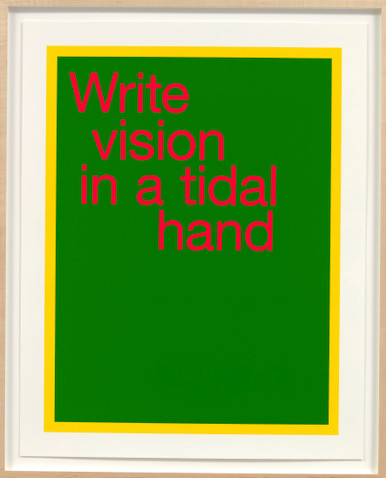 Renée Green was born in Cleveland, Ohio and studied at SVA in New York and Wesleyan University. She is a professor at the MIT Program of Art, Culture, and Technology at the School of Architecture and Planning.

Ongoing Becomings, a survey exhibition of 20 years of her work was organized in 2009 by the Musée Cantonal des Beaux-Arts, Lausanne. Endless Dreams and Time-Based Streams, a survey exhibition highlighting her time-based work, was organized in 2010 by the Yerba Buena Center for the Arts, San Francisco. “Le rêve de l’artiste et du spectateur,” a retrospective of Green’s films, took place in 2008 at the Jeu de Paume in Paris.

Pacing, her most recent project, was a two-year engagement with the Carpenter Center for Visual Arts at Harvard University. The project culminated in the spring of 2018 with Within Living Memory, an exhibition inhabiting all public spaces of Le Corbusier’s building in Cambridge, Massachusetts.