Ryan Travis Christian’s graphite drawings feature surreal narratives that are partly fueled by his upbringing in the suburbs. Chicago-style figuration, vintage political cartoons and hand-drawn animation influence the artist’s detailed vignettes. Exposing the untidy lifestyle of contemporary humanity through a vast array of topics and imagery, Christian’s work focuses on the paradoxical relationship between childish cartoons and ominous messages—while musing on the technological and material obsolescence of the artist’s primary inspirations. 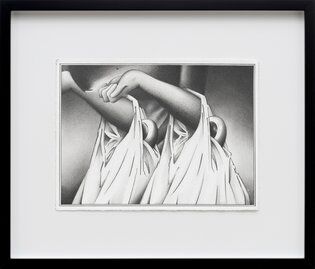 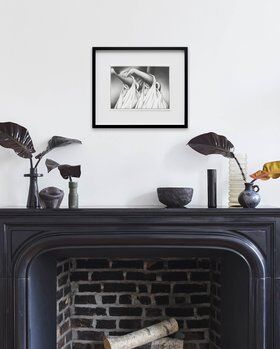 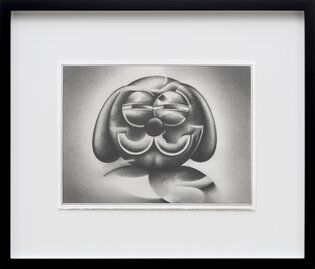 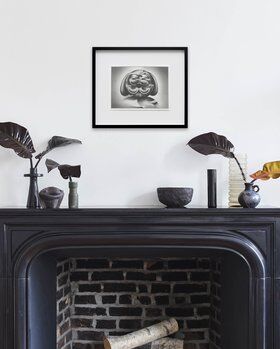 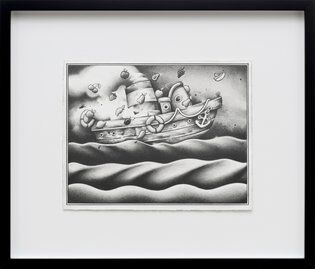 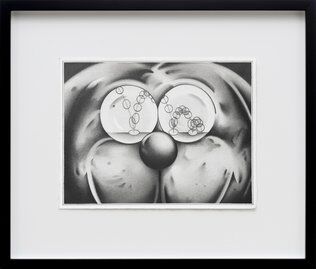 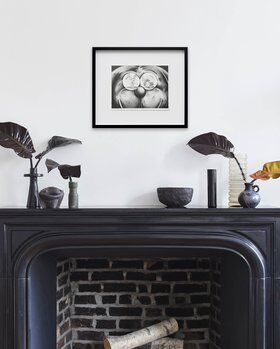 Ryan Travis Christian was born in Oakland, California in 1983, and grew up in the suburbs of Chicago, Illinois in the 1990s. The artist received a BFA from Northern Illinois University in DeKalb, Illinois in 2007.

Christian lives and works in the Chicagoland area.