Stephanie Crawford creates her still life paintings in her home studio, a domestic space with layers of photographs, drawings and ephemera from her life on the walls. The artist’s deliberate brush marks pool and bleed color across the surface of the page; the improvisational quality of watercolor parallels her technique as a world-renowned jazz singer. Crawford frequently revists the conventions of still life painting, returning to a composition within a series and thereby exploring the generative possibilities of artmaking. 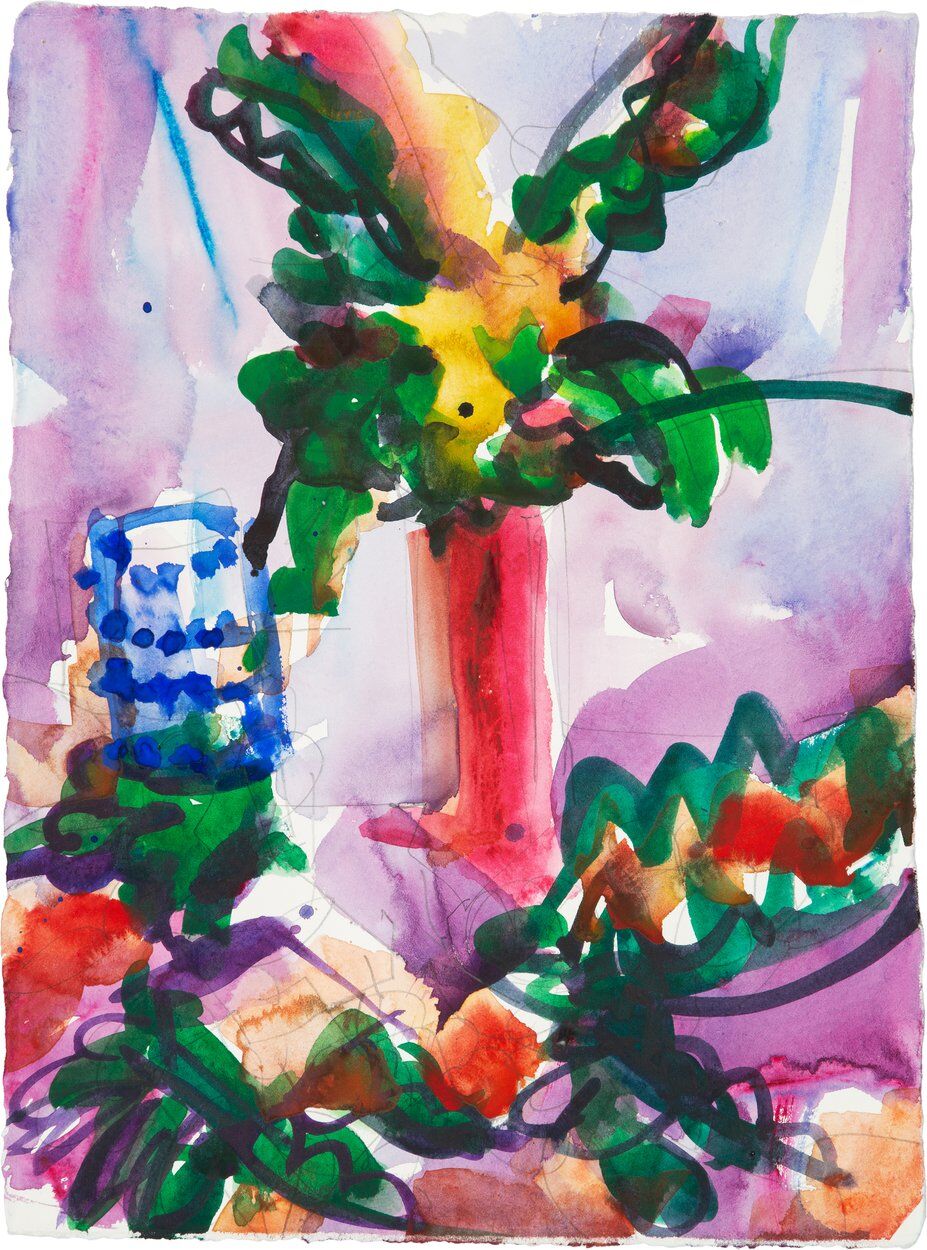 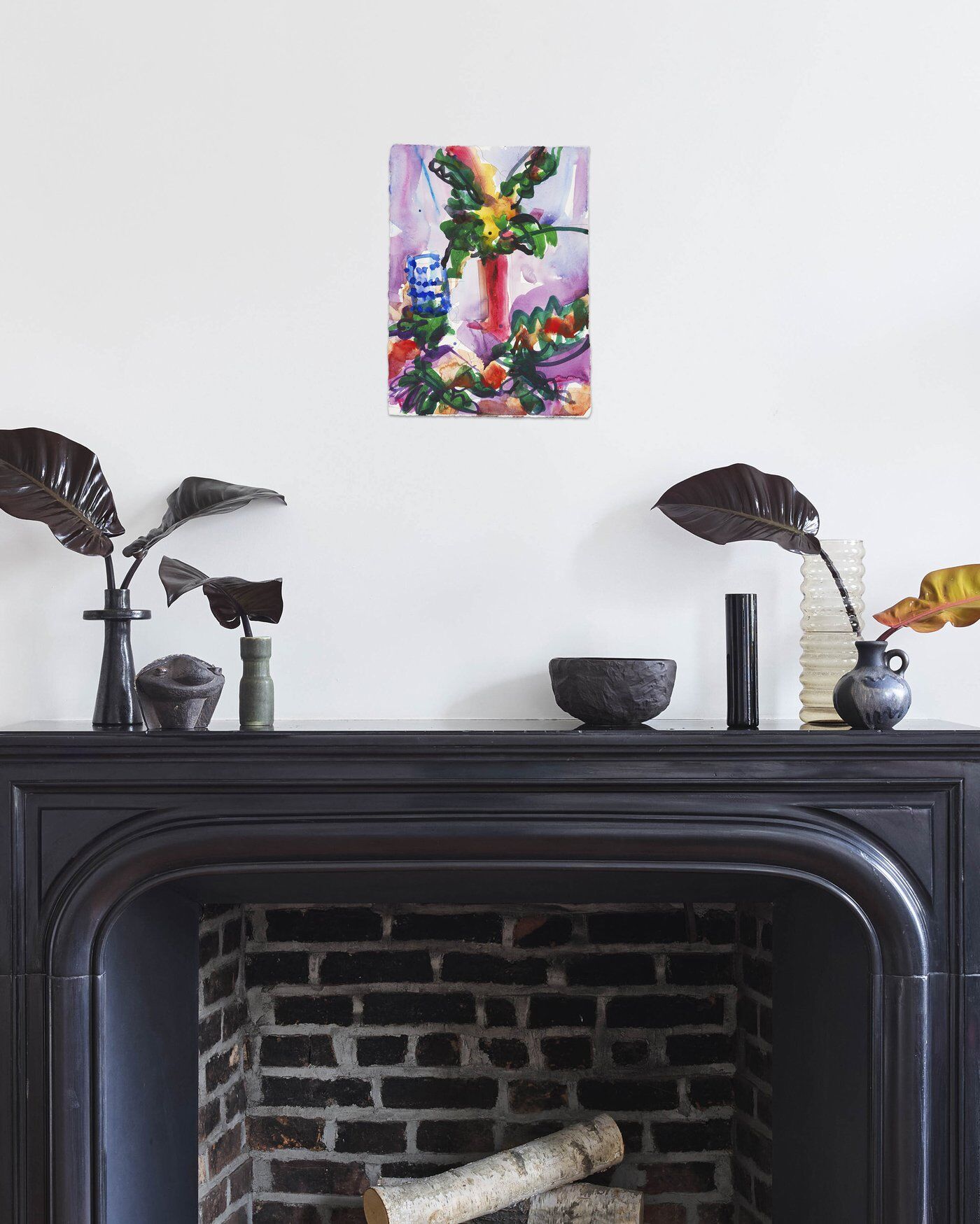 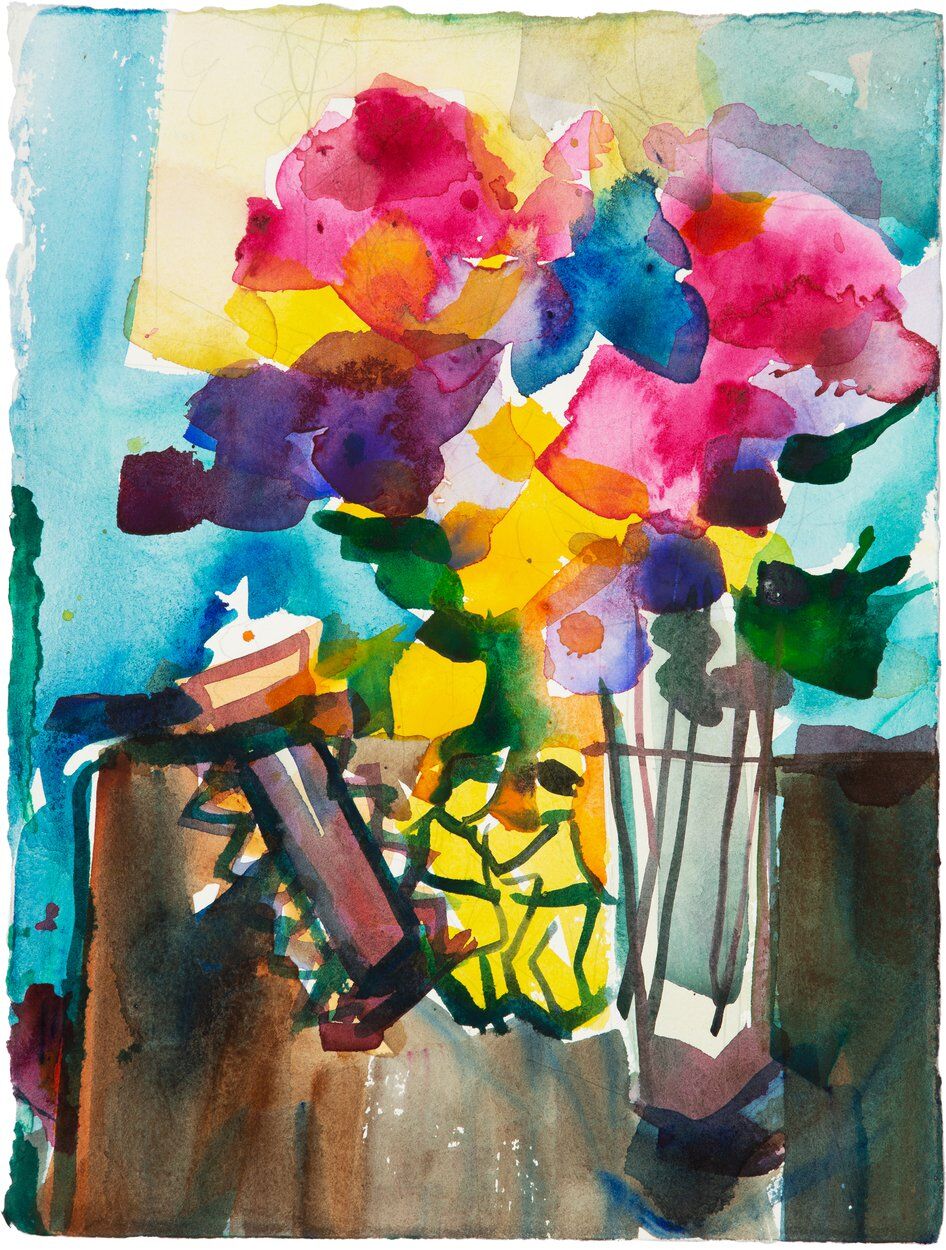 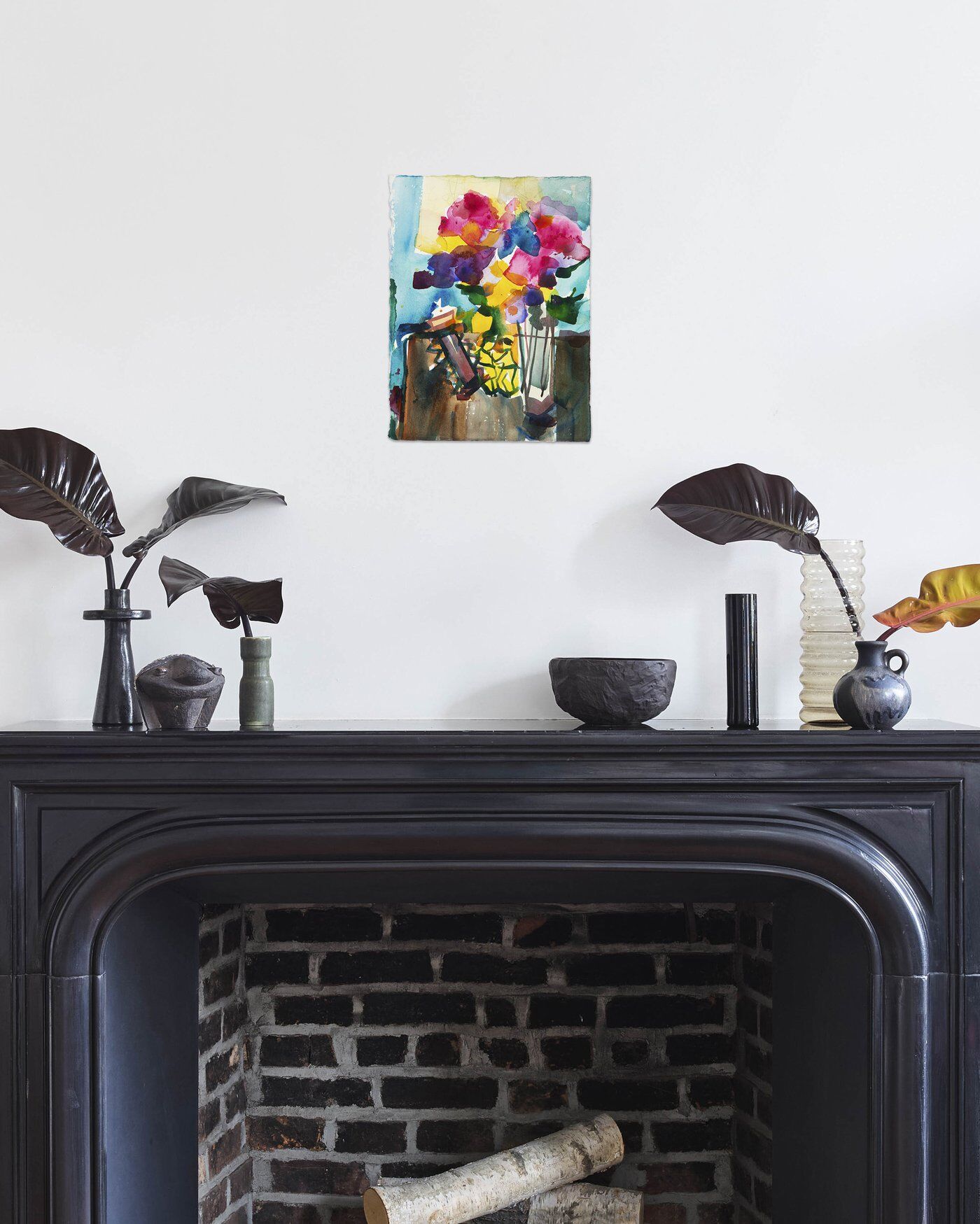 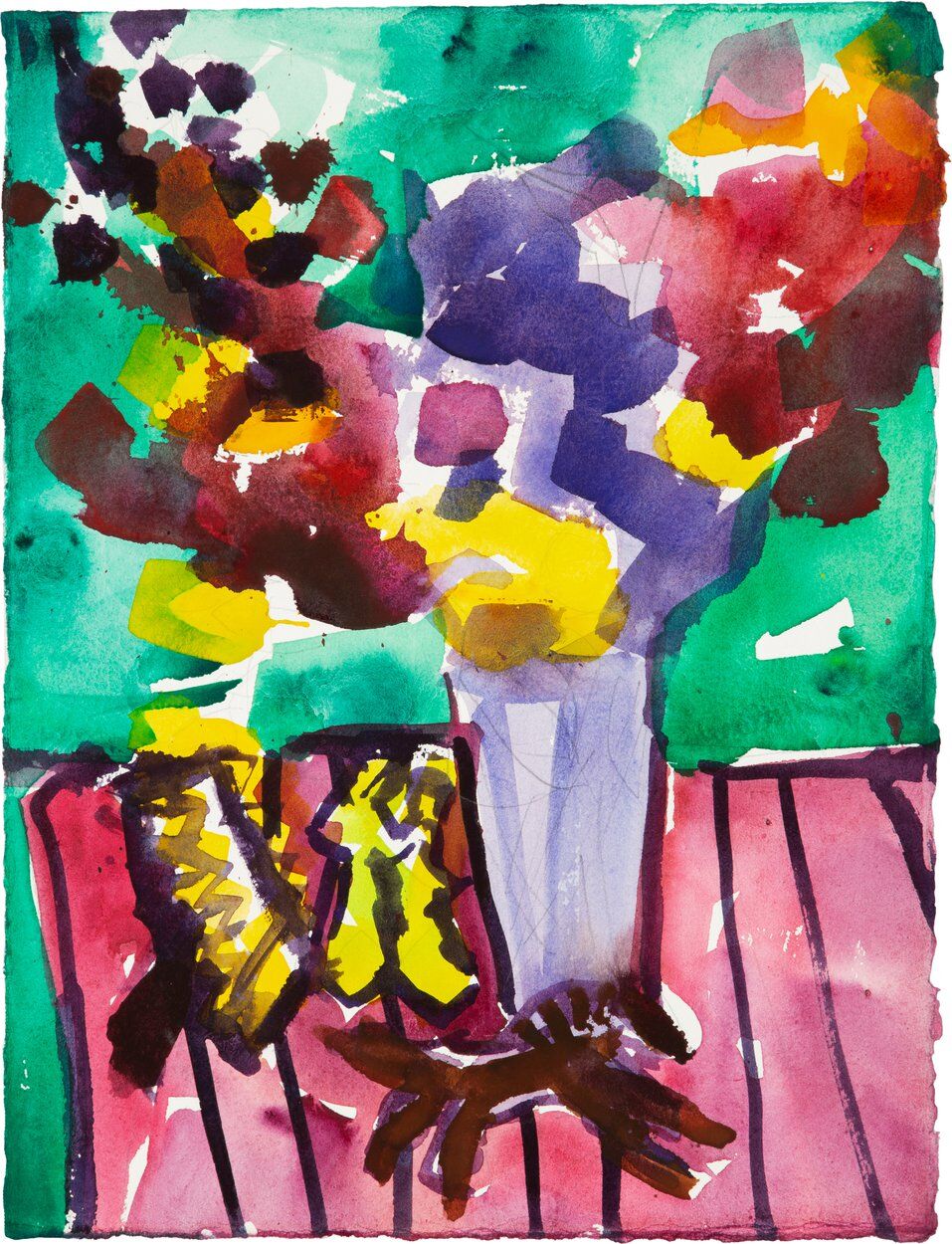 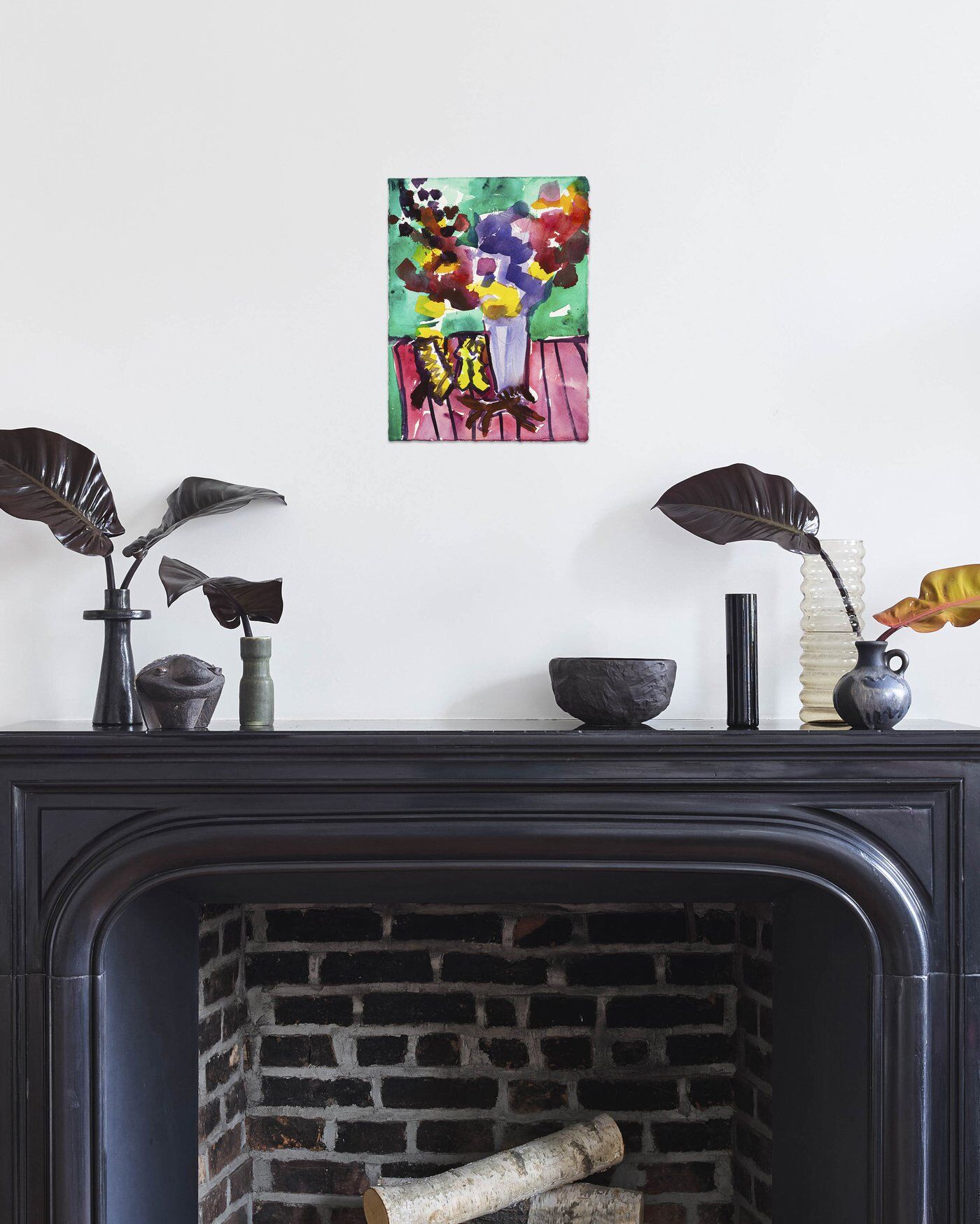 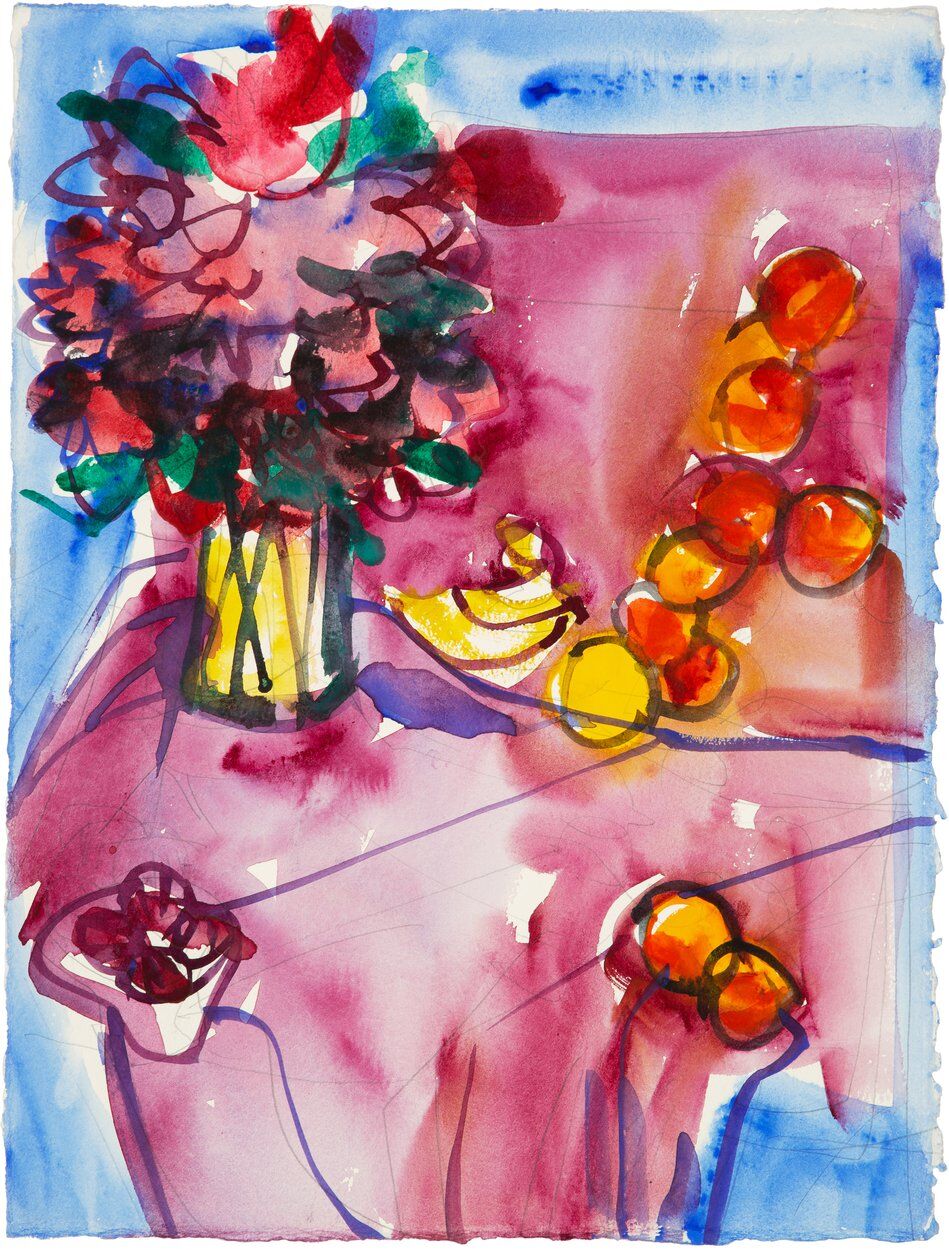 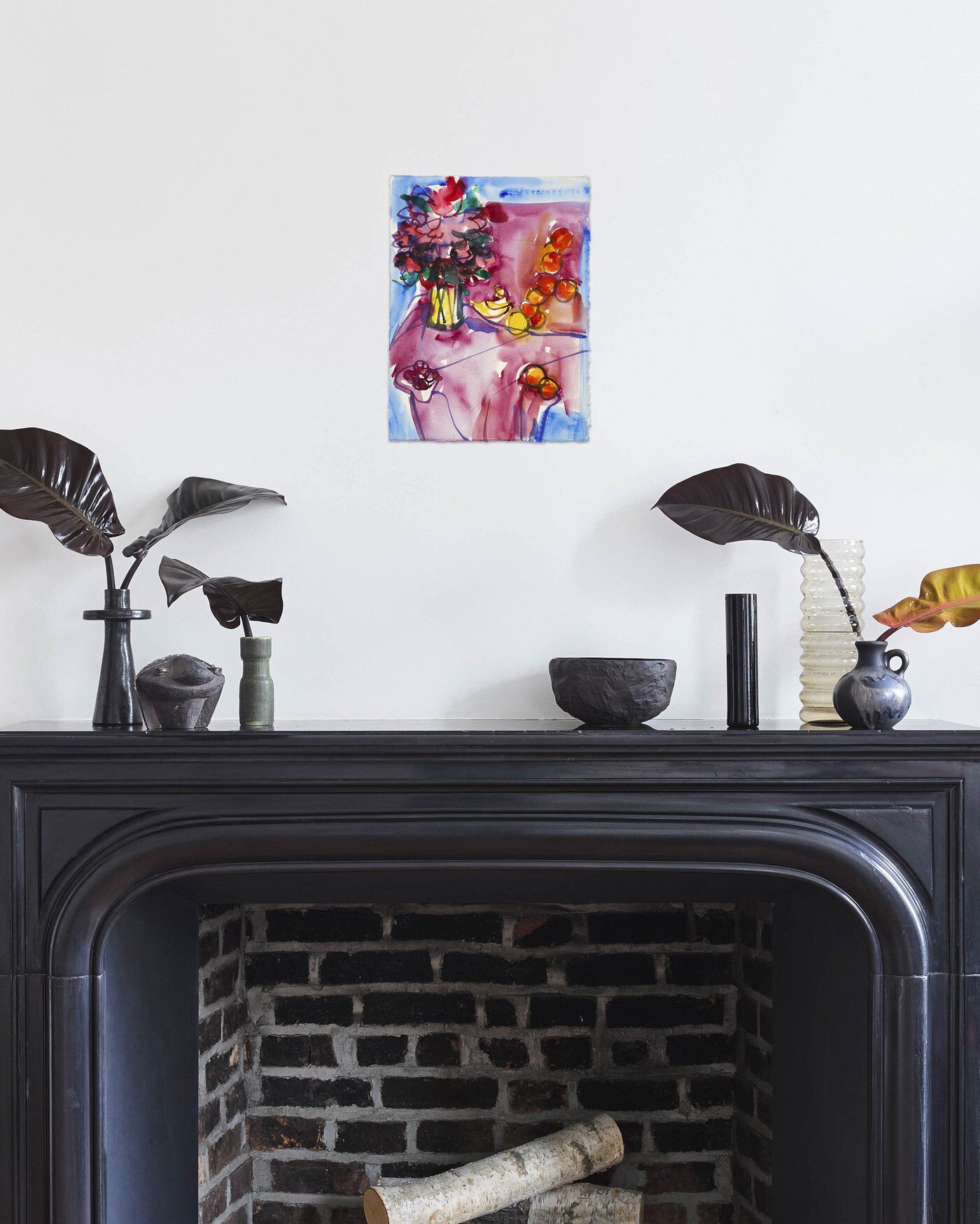 Exhibitions of Crawford’s work include: a solo debut at Gordon Robichaux in New York City; (Nothing but) Flowers at Karma in New York City; and a two-person exhibition at Rebecca Camacho Presents in San Francisco, California. The artist’s work has been covered in Hauser & Wirth’s Ursula magazine.

In addition to her work as a visual artist, Crawford is a celebrated jazz singer. In the 1980s, the artist performed regularly at the Blue Note and the Pyramid Club, both in New York City, in performances that bridged the world of blues, trans and drag. From 1989 to 1996, Crawford taught jazz vocals in Paris and received the prestigious Django D’Or award for Best International Jazz Vocalist in 1993.

Crawford lives in Oakland, California, where she paints, performs, teaches and practices Buddhism.