This painting depicts a red owl perched on a branch. The artist's signature style employs densely-packed, meticulously-rendered motifs to represent the ambiguity and turmoil of the contemporary world.
Unframed
Signed

This painting depicts a red owl perched on a branch. In mythology, the owl is the traditional companion of the goddesses Athena who is associated with wisdom and skill. The bird is related to Lakshmi as well, who creates, protects and transforms the universe alongside Vishnu. The wise, old owl is symbolic of knowledge and magic in the West. The sighting of one is a benign omen in China, Japan and India, but a harbinger of death for the Romans and many indigenous peoples of the Americas.

In this work, the artist intertwines his pictographic vocabulary with patterns rendered in bright and fluorescent hues—creating a shimmering, optically vibrating composition. Moving between representation and abstraction, this hypnotic and dizzying work is also a surprisingly meditative allegory that broaches questions while suggesting there are no clear answers. As always with Schoultz's work, there are implicit references to cataclysm—smashed cultural artifacts and fiery red-orange skies—pointing to the many contemporary threats to civilization. But there is also an omnipresent possibility of positive re-creation and hope.

Encompassing murals, paintings, drawings, sculptures and installations, Andrew Schoultz’s work employs a signature style of densely-packed and meticulously-rendered motifs to represent the turmoil of the contemporary world. The artist’s work combines these motifs with references to antique etchings, Persian miniature paintings and the work of William T. Wiley and M. C. Escher, as well as Mission school street art. Schoultz’s unique style is an intense vision of a planet threatened by overcrowding and overconsumption—depicting societies under siege by the governments that are there to protect them. 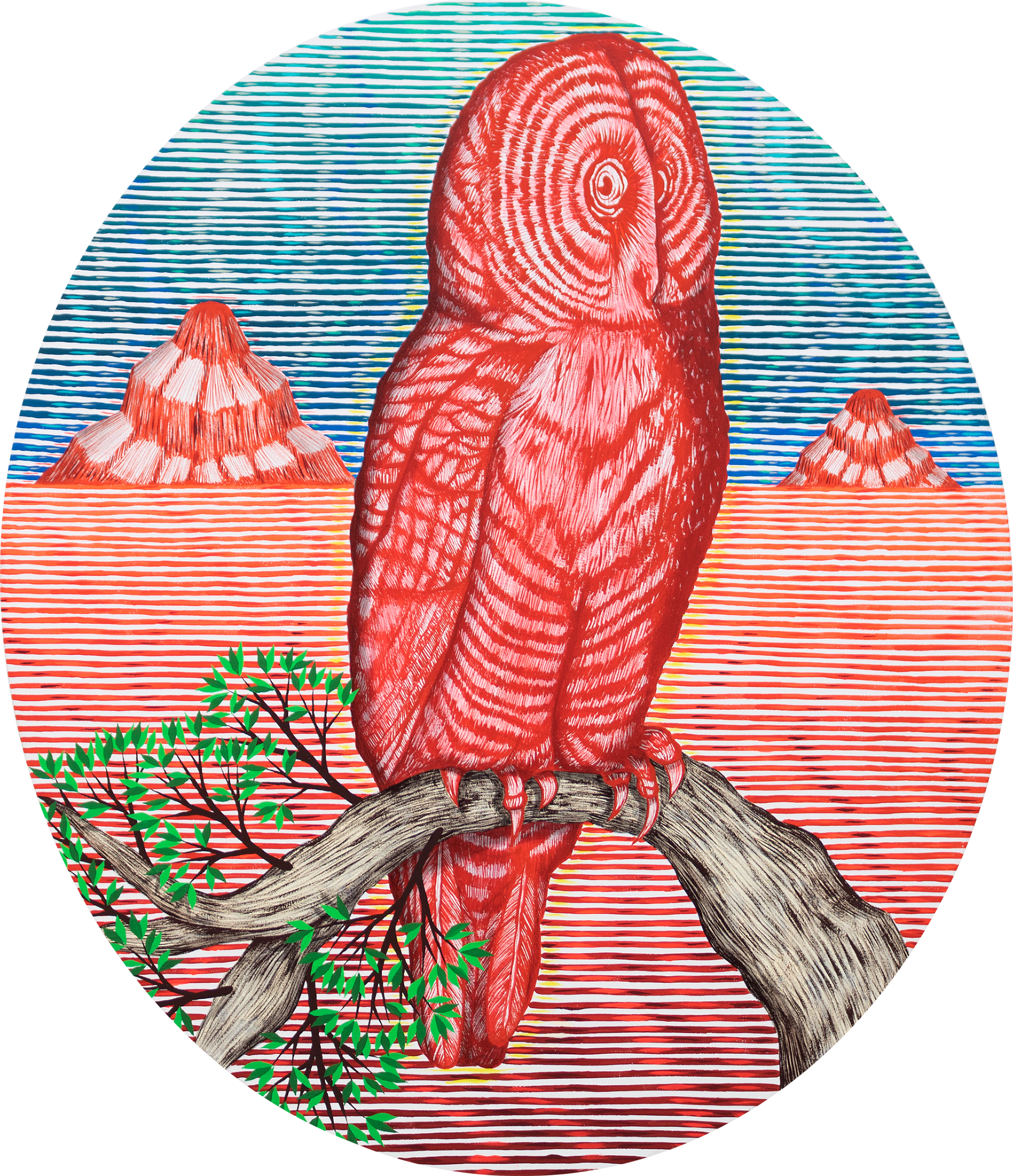 This painting depicts a red owl perched on a branch. The artist's signature style employs densely-packed, meticulously-rendered motifs to represent the ambiguity and turmoil of the contemporary world.More 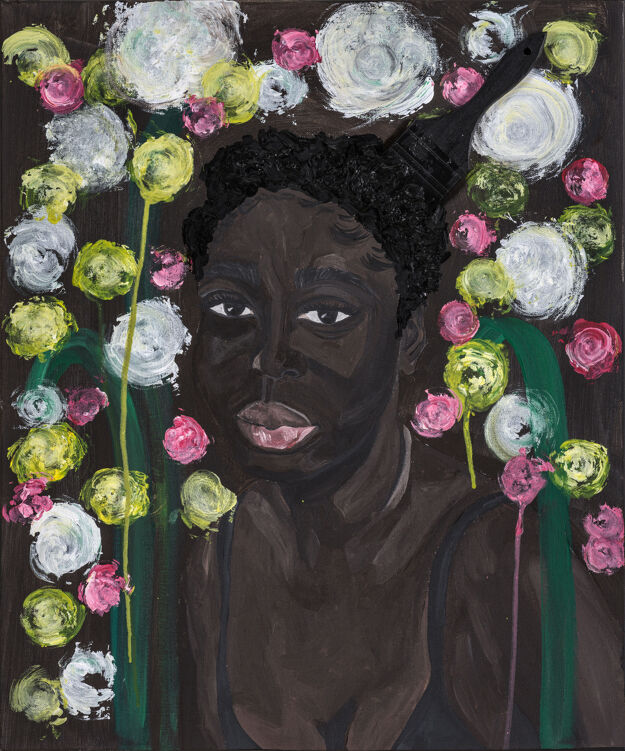 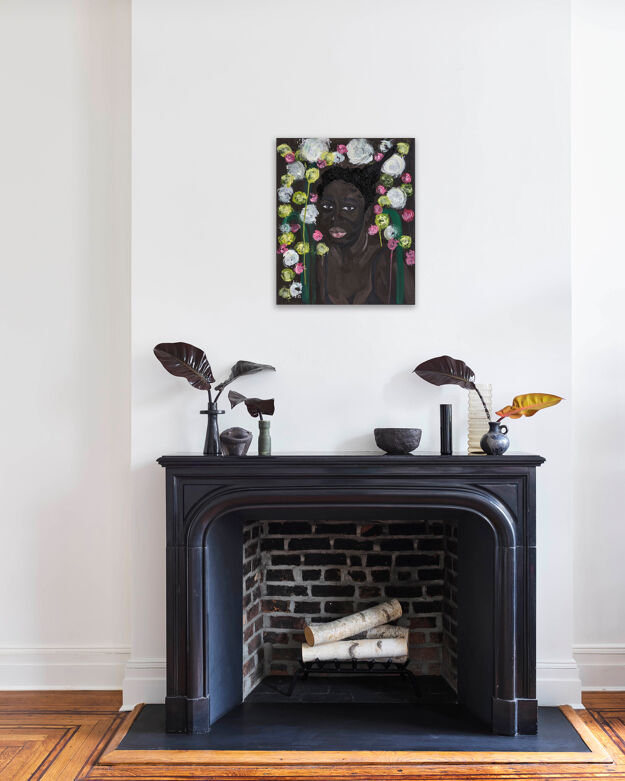 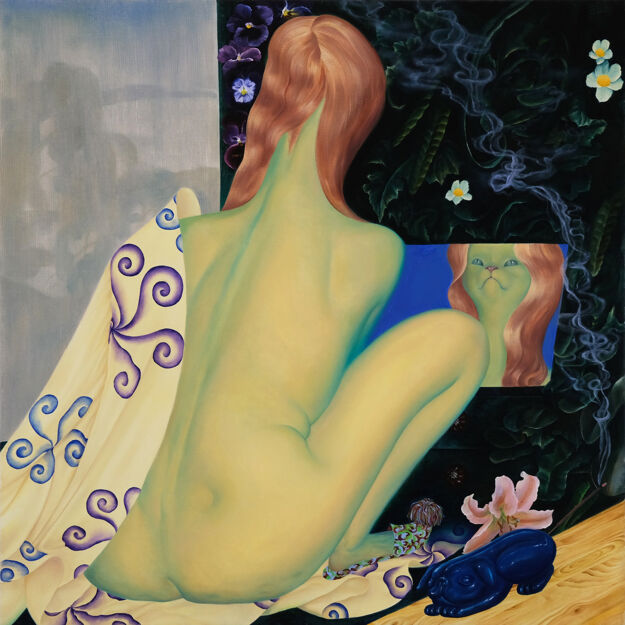 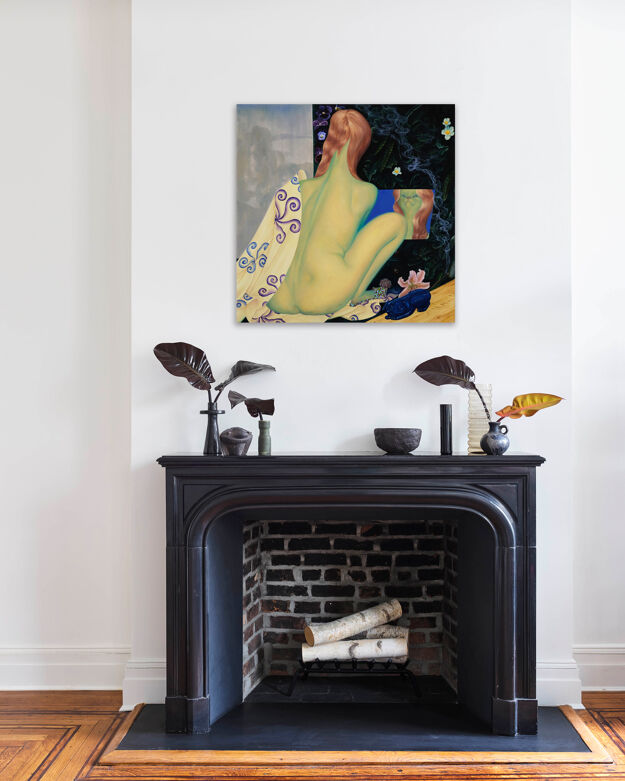 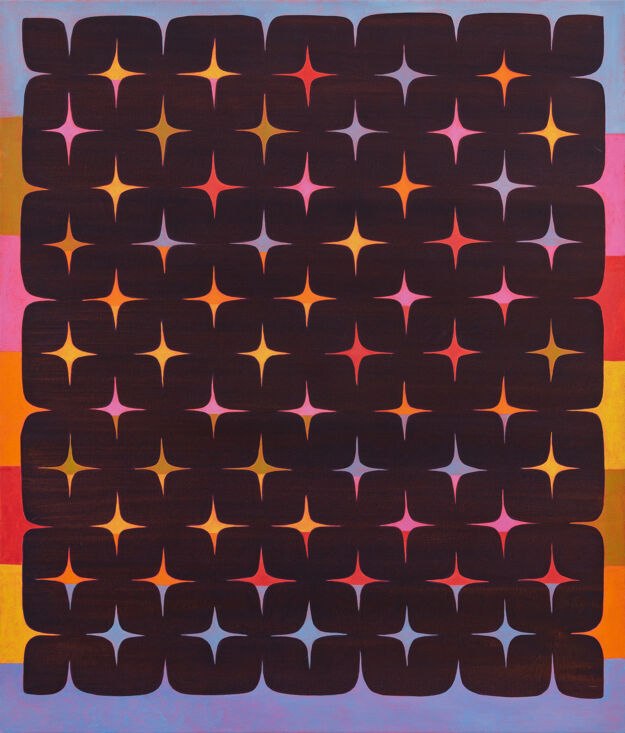 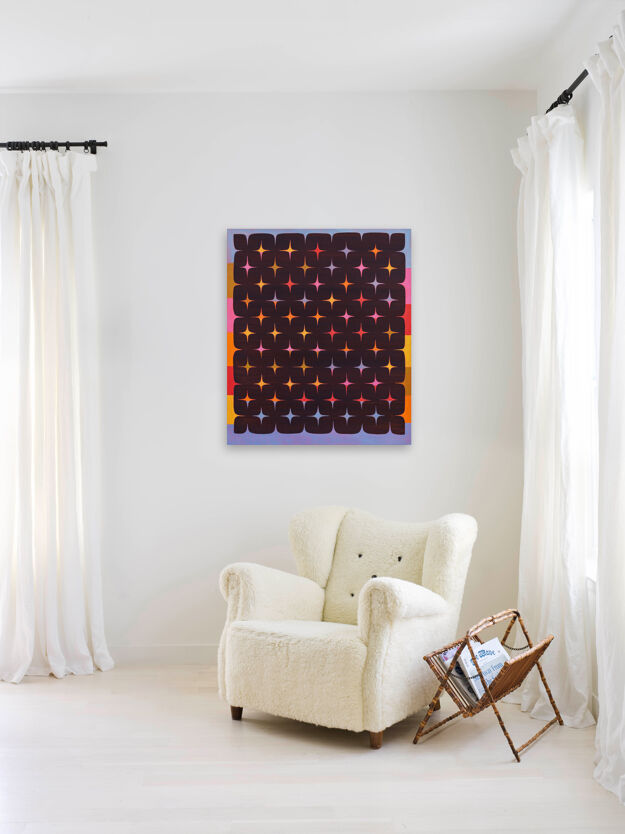