The artist made this intimate work by pressing her makeup-and-pigment–tinted body onto the paper, leaving a physical and emotional imprint of her performative movement practice.
Framed: 20.8 x 15.8 x 1.5 in.

In three distinct yet correlating series of works on paper – Angels, Hand Dances and Prayers – Tosh Basco hints at the more impenetrable dimensions of her practice, inviting an intimacy that often evades live performance. Basco first rose to prominence in the drag scene in San Francisco in the 2010s and then became most well known for her performances done under the name boychild. Her drawings, which are made by pressing her body – tinted with makeup and pigment – onto paper, are the physical and emotional imprints of performative movements in the studio. Through these rehearsals, Basco generates a new visual language made up of corporeal traces. Described in her own words, “it’s like this language that I had inside of me to explain these emotions in a way that words couldn’t.”

Tosh Basco’s drawings are the physical and emotional traces of movements she translates directly onto paper. She first gained recognition while performing under the name boychild as part of the San Francisco drag scene in the 2010s. Basco creates her visual work as an accompaniment to her movement-based practice, simultaneously engaging language, representation and becoming, and the boundaries between each.

The artist made this intimate work by pressing her makeup-and-pigment–tinted body onto the paper, leaving a physical and emotional imprint of her performative movement practice.More 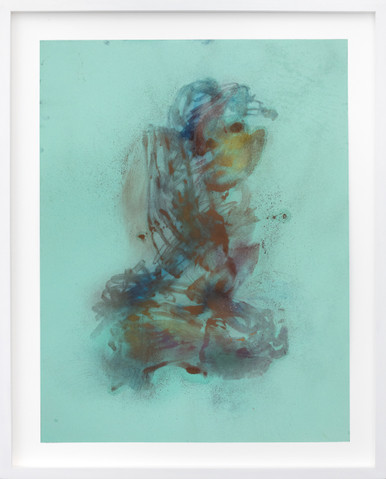 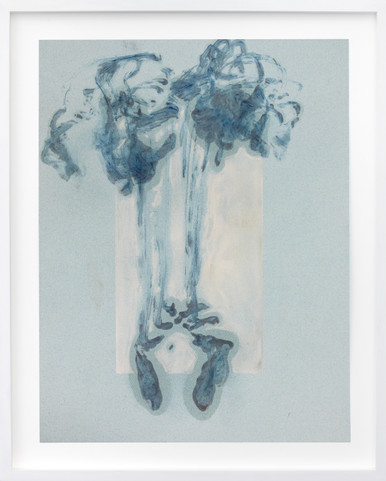 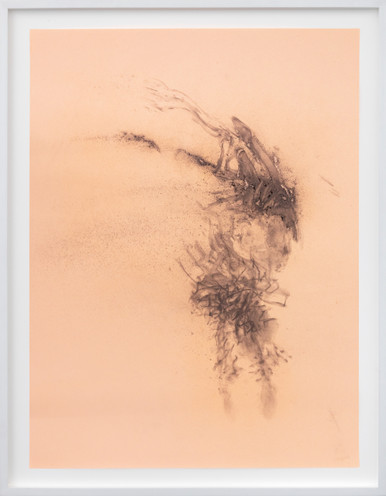